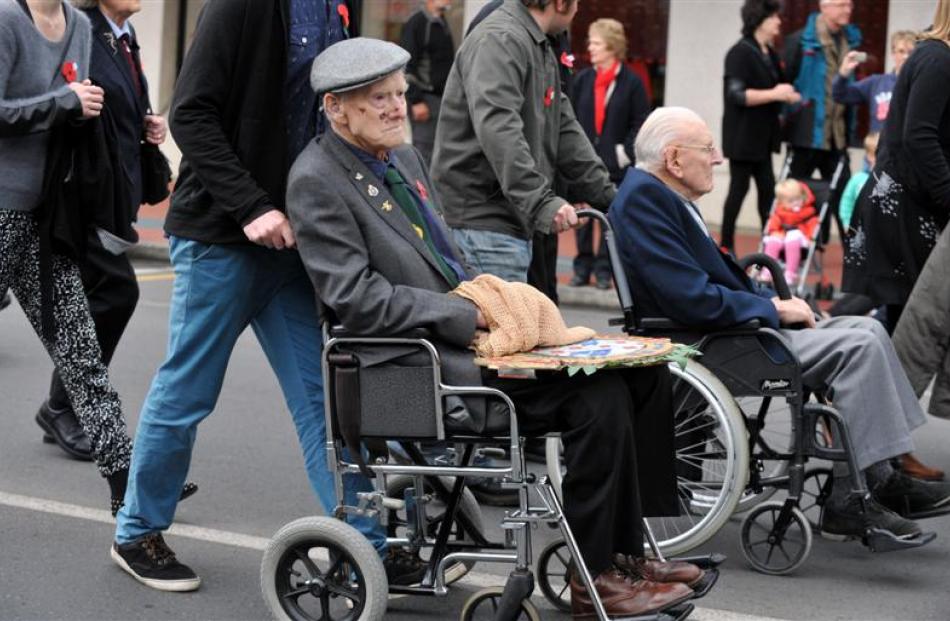 In the Mosgiel parade in Gordon Rd are (from left) Alan Anderson (92), of Wanaka, and Gerald Huntley (95), of Mosgiel. Photos by Gregor Richardson. 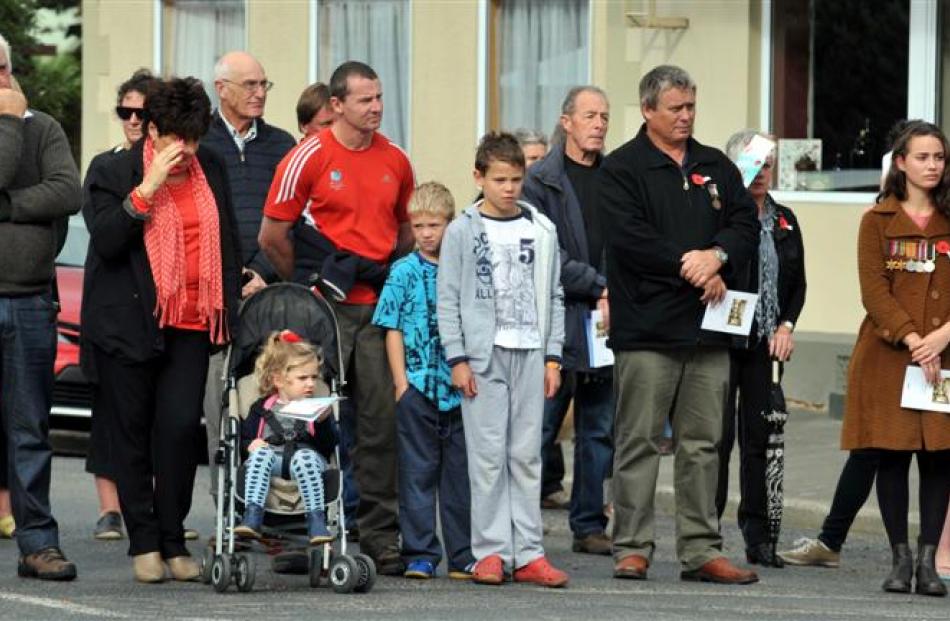 Record crowds at Taieri services honoured the supreme sacrifices made by the area's servicemen and women, in acknowledging the devastating impact of war on the community.

About 400 people gathered at Anzac Park in Mosgiel for a short service at the Cenotaph, before about 200 attended a longer service inside the RSA at 10am.

A gunner in the 4th Field Regiment, he was wounded in action and died of meningitis in an Egyptian hospital just months later, in February 1940.

The soldier was buried in a Cairo war memorial cemetery, he said.

Private Frederick Hall Gordon, of Mosgiel, was also sent to Burnham after enlisting for the war, Kimberley said.

He left New Zealand in 1940 for the Pacific, where he was wounded. After recovering he went to Egypt, arriving in late 1941.

The horrors of the Gallipoli campaign in 1915 were highlighted by guest speaker Rev John Sinclair, who read from the diary of Charles Mackie Begg, a Dunedin doctor who was New Zealand's most decorated member of the Medical Corps in World War 1.

His diary entry of April 26, 1915 described the mass casualties among Allied forces, showered in shrapnel on the beach by Turkish gunners.

Dr Begg was in a makeshift hospital aboard a ship close to shore, struggling to treat the boat-loads of wounded soldiers.

''We've had to do what we can ... hard at work on the most serious cases. I operated without cessation from 10am to 7pm, without food or rest,'' he wrote.

''It's most pitiable. Men in the prime of life in the morning, shattered wrecks by evening.''

''The numbers don't make sense until you break them down to individuals, but the numbers are astounding,'' Mr Kirkness said.

He asked those attending to ponder their service to the community and nation.