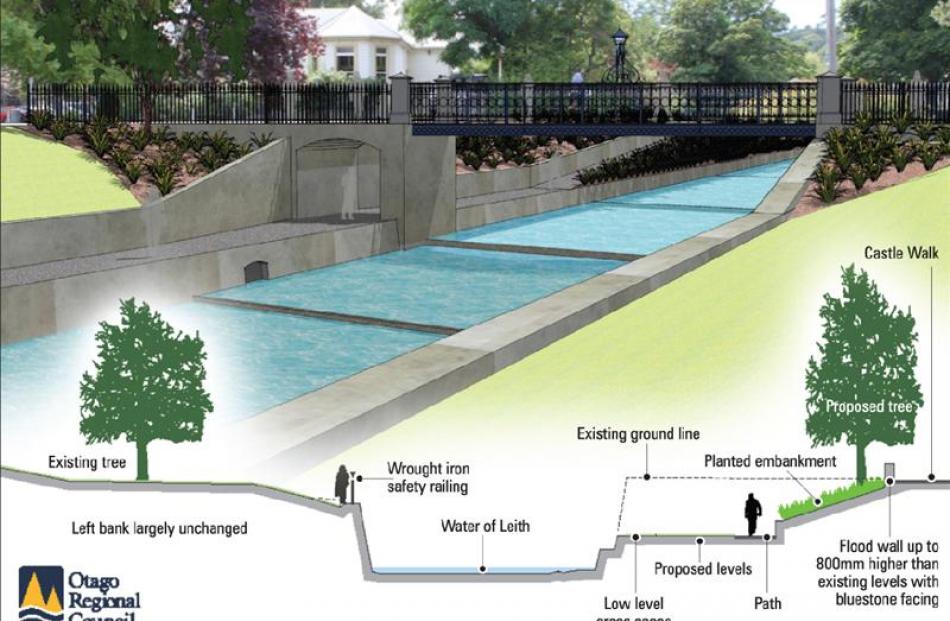 The stretch of the Water of Leith in front of the University of Otago's registry building looks set to get a multimillion-dollar makeover this summer.

Students, staff and visitors could soon be able to walk along grassy verges next to lowered banks of the river, from the St David St footbridge to the Union St bridge, if a design plan is approved at an Otago Regional Council committee meeting tomorrow.

The council had budgeted $5.4 million over the next 12 months for the work. The university and the council are each to fund half the cost of the aesthetic work.

Yesterday the university was unable to say how much it was contributing to the work.

In a report to the committee, council engineering manager Ramon Strong said discussions had been held during the past year between the university and council to complete the design.

The work was part of an eight-stage programme along the Leith to improve flood protection for the central business district, which included many University of Otago buildings, while improving visual and physical access to the water, he said.

The Cumberland to Dundas St stage was finished last year and the Leith St footbridge to Forth St bridge is being completed.

Among the work to be endorsed by the committee is the lowering of most of the concrete wall on the east bank, extending the footbridge, cutting down the west bank and landscaping and footpath redevelopment.

The work planned for the east bank, including lowering the concrete wall by 1m and cutting the ground down to match, was mainly aesthetic and provided limited benefit for protection against flooding, he said.

Extending the St David St footbridge was complex, as utility services were fixed or close to the bridge.

The aim was for much of the construction activity to happen during the summer holidays, to minimise disruption to the university.

If the work was approved, tenders would be publicly advertised and significant emphasis would be placed on timelines, he said.

The committee was being asked to endorse the design and landscaping of the flood protection works and approve the calling of tenders.