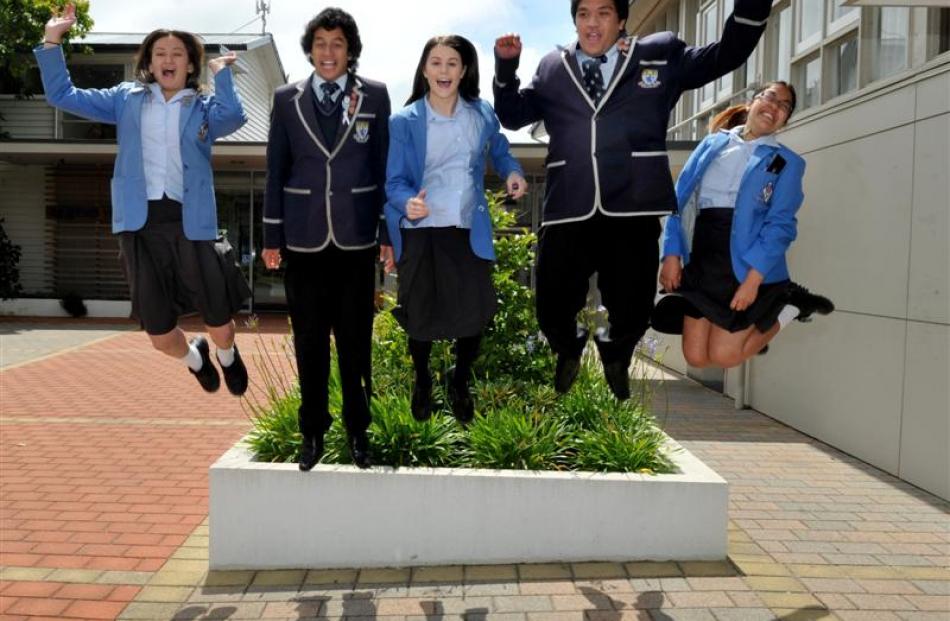 Some may have thought it was dancing near the front gates of Dunedin's Queen's High School, but Leilani Hosking says it could more accurately be described as jumping for joy.

Not only was yesterday's NCEA level 2 dance exam over, it was the end of the 2013 NCEA and New Zealand scholarship exam season in which more than 143,000 candidates sat 120 exams over the past four weeks.

Leilani was one of hundreds of pupils nationwide celebrating yesterday.

''It's a massive relief. I've done six exams, and now that they've finally finished I can forget about school ... and have a holiday.''

All there is left for Leilani to do now is work out what to do with herself for the next six weeks and wait for the results.

New Zealand Qualifications Authority deputy chief executive, qualifications, Richard Thornton said all exam papers would be marked and the results entered by marking panels around the country by Christmas.

''To allow for the loading of results and final system testing, the learner login section of our website will not be available to students for a few days in the lead-up to the release of results.

''We advise students to have a practice run using the learner login section of the NZQA website before Christmas, so that they're not held up on the day results are released by having to find login details or change passwords.

From January 15, all pupils who have paid their fees and completed NCEA or university entrance would be able to order their own certificates online, he said.

Answer booklets will be returned to candidates from late January.

Despite Leilani's excitement about the holidays, she was also looking forward to the year ahead.