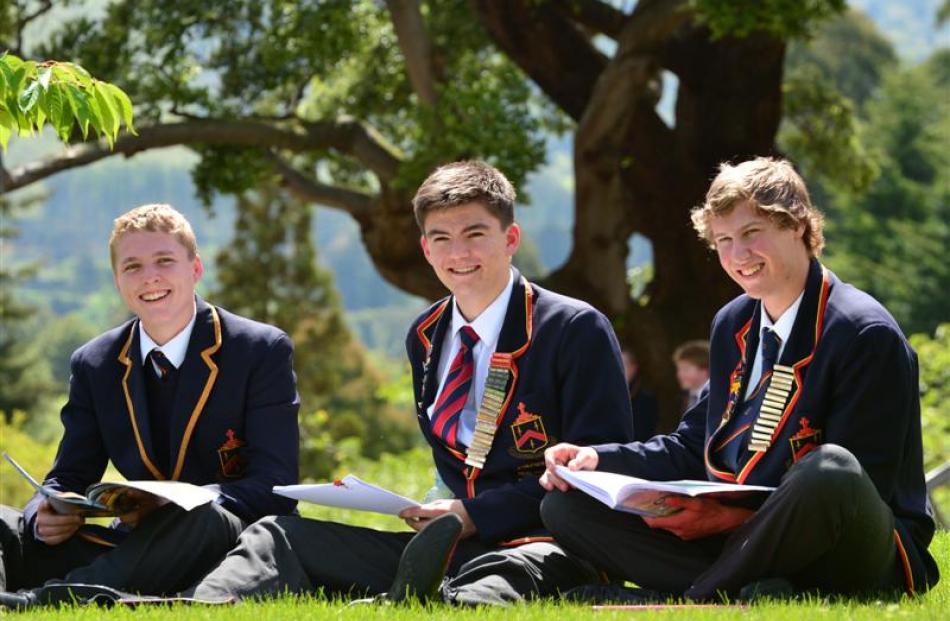 The same thing happens almost every year at this time - when senior secondary school pupils have to stay indoors and study for NCEA examinations, the sun invariably comes out and the mercury rises into the 20s.

For many of the 6239 Otago candidates studying for NCEA exams which start on Friday, it is a simple form of torture because they would rather be outside enjoying the sun with everyone else.

But John McGlashan College year 13 pupil Ed Davies sees it differently. He sees it as motivation.

''It's getting hard to study while it's so hot outside.

''But I'm sure the sun will still be there in another month ... at least I'm hoping it's still like this when exams are over ...

''I need to get good marks to get into university,'' he said.

To make sure he did not miss out on too much of the vitamin D on offer yesterday, he and some fellow pupils from the boys' hostel decided to make the best of both worlds by arming themselves with bags of lollies, bottled water and some fruit, and dutifully studied for their exams outside on the grass. Ed has been studying for International Baccalaureate examinations, which started yesterday.

The largest exam of 2013 is NCEA level 1 English on Monday morning, with 47,138 candidates nationwide sitting it.

New Zealand Qualifications Authority deputy chief executive, qualifications, Richard Thornton said there were more than 143,000 NCEA candidates this year, and for many it would be their first major secondary school exams.

Results are expected to be released online in January.