Two floods in the space of a month have frustrated Dunedin businesses.

Firefighters did not have far to go to help with sandbagging, as the incident happened right behind the central Dunedin fire station.

It was the second flood in a month, after a water main burst in the same area on Boxing Day.

He was watching the clean-up efforts from his flooded workshop. 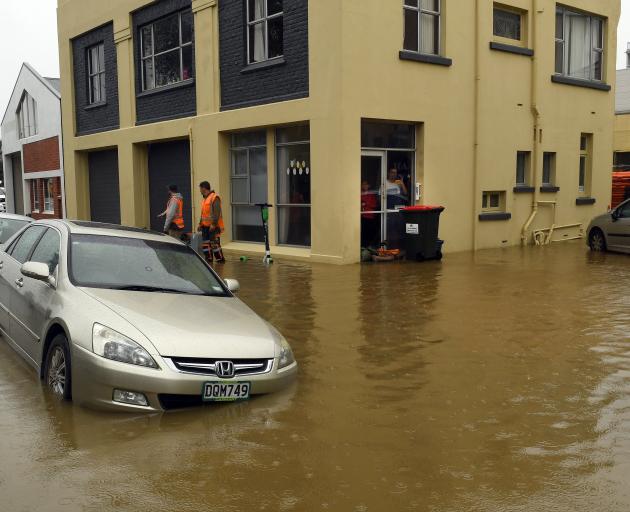 "The council, or whoever owns the water mains, needs to be more proactive with maintenance," he said.

The Boxing Day flooding led to a nearly three-hour clean-up job at his business, and yesterday’s flooding was worse.

He did praise firefighters for helping to protect his business from further floodwater.

He said smaller levels of flooding were common, but he had never seen it as bad as yesterday.

"I was just worried it was sewage," he said. 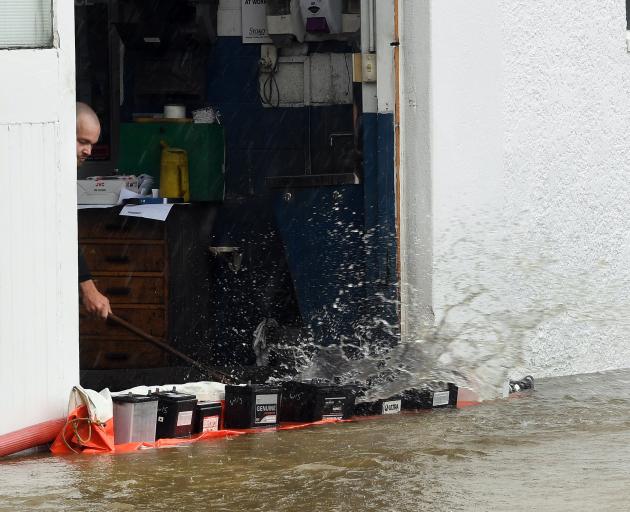 A Normans Auto Electrical employee sweeps water out of the building during yesterday’s flooding in Leith St.

Several other businesses along Harrow St and Leith St had sandbags in place to try to stop the water getting in, with varying levels of success.

Council 3 Waters group manager Tom Dyer said the cause of the issue was being investigated, but it was likely to be due to the age of the pipework.

Staff were assessing the pipework for renewal, he said.

Some cars in the area were towed as a precaution and staff would be on site to make arrangements for their collection.

Council staff and contractors were also cleaning up the area yesterday afternoon and helping affected businesses.

No, a broken water main. Why would you think climate change has anything to do with it?

He means that anything involving the untimely release of water into a city precinct might prompt a response from the (courageous) sector of the population who say the climate is evidentially changing, as seen in increased frequencies of flooding events.
I give up.
George Spigot.

Don't you remember the terrible flooding of South Dunedin when Mayor Cull immediately declared it was due to sea level rise associated with climate change? Cr Vandervis had tried to communicate that the mud tanks hadn't been cleaned out for a very long time and it turned out the sucker truck had not been in the city for years despite the contract. But Vandervis is "a trouble-maker", so his observations were discounted. Infrastructure had been ignored, all available money was funnelled into the stadium build often in ways that did not show how much the basics were cut back to make the stadium build look affordable. A crew who knew procedure were on their way to open up the pumps to the max & clean the screens, but were ordered back to base by their "superior" officer. Observe and remember - or you'll be fooled again. Welcome to rundown necessities and rates that rise faster and higher than Edmonds sponge cakes!

Well South Dunedin was flooded by climate change, according to the courageous population - not blocked drains from poor maintenance George??

Aye, that's why we were grateful for Knoxy, a Council manager who would send Fulton Hogan out, until they got it right.