Research funding at the University of Otago has broken the $100 million mark, giving its finances a major boost. 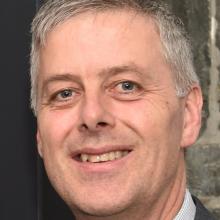 Chancellor John Ward said the result was particularly pleasing given the university had been "very worried'' when setting the budget.

However, given the building programme, the surplus was the "bare minimum''.

He stressed the importance of spending to upgrade fixed assets, like the "well overdue'' more than $130 million project to update the dental school.

"We need to maintain our standards.''

Deputy vice-chancellor research Prof Richard Blaikie said after the meeting the good news for the university was also good for Dunedin's economy.

The majority supported research in Dunedin, as opposed to the smaller Wellington and Christchurch campuses.

The signs were also good for this year as the Government continued to boost amounts allocated to competitive research funds.

Funding towards the Health Research Council and the Marsden Fund, both strengths of the university, was set to increase this year and next year.

It said this was mainly caused by increased research activity in the health sciences and sciences divisions and through its performance in the Government's Centres of Research Excellence and National Science Challenges.

A strong gain in first-year student numbers, up by 7.5%, more than offset some returning student decline.

Student growth was shared between the divisions of commerce and health sciences, with gains of 1.6% (47 efts) and 2.6% (157 efts) respectively.

Enrolments in the humanities dropped by 1.4% and the sciences by 0.1%.

Ms van Turnhout said the university's massive capital programme - with $101.248 million spent last year - meant its cash on hand had dropped for the first time year on year, by $6.264million, to $134.487million.

However, in the review's conclusion she said liquidity remained strong with significant cash reserves deliberately built up to fund its "priority development plan'' building programme.