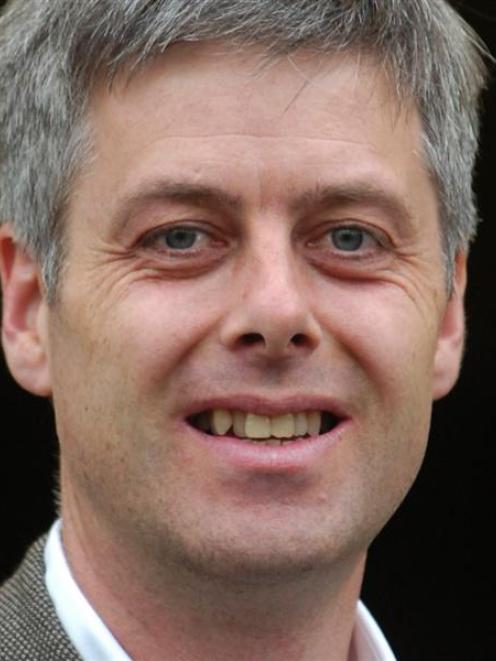 Richard Blaikie.
The University of Otago will meet AgResearch chief executive Tom Richardson in Dunedin today to explore options for future co-operation between the two institutions.

Deputy vice-chancellor, research and enterprise Prof Richard Blaikie said the university would be discussing with

Mr Richardson what could be lost by AgResearch going ahead with plans to shift about 80 staff from Invermay.

''We will be talking about the specific interactions [between the university and] Invermay and the things that might be lost, if they were to ... diminish that capability,'' Prof Blaikie said.

The university would also talk about future options for collaboration between the two institutions.

''We want to talk to them about the opportunities for growing interactions, particularly in the omics area - genetics, genomics and other related disciplines. That's a real key area of strength at Otago,'' he said.

The meeting was the first between the two institutions since the end of staff consultation over restructuring.

''We are really starting to get down into the details of what the research interaction is going to be ... now they have gone through [staff consultation].''

In response to comments from AgResearch that most of its collaboration with Otago University was not based from Invermay, Prof Blaikie said: ''That's not surprising because the majority of their staff, even in their current configuration, are at other sites.''

AgResearch chairman Sam Robinson said the meeting between its executive and Otago University was part of its promise to ''listen'' to external parties.

Mr Robinson also said AgResearch aimed not to lose any staff as a result of the proposed changes - an aim he said was realistic.

This was at odds with an internal management team report that warned up to 82% of scientists might refuse to shift.

There were a number of ways it was engaging with staff to ensure they stayed at AgResearch, he said.

''We are not going to expose to the wider New Zealand community through the media all of the various ways we are going to engage with staff and ensure they remain [at AgResearch].''

The board and executive team were yet to determine a firm date when a final decision on its restructuring plan would be made.

The executive team would visit the city again early next month to meet the Otago Regional Council and Environment Southland.

Former Dunedin North MP Pete Hodgson, who prepared the Dunedin City Council's submission on the AgResearch restructuring, said the aim to keep all staff at AgResearch was not possible and ''key staff'' would be lost.

''The chances of them losing no staff are zero,'' Mr Hodgson said.

This opinion was based on the fact that only seven out of 25 scientists shifted in previous restructuring, when staff were asked to move from Wallaceville to Invermay.