By Hamish MacLean
0 Comments
Low-level Dunedin offenders can now pay their debt to victims and the community through an iwi-led community process.

People who had accepted responsibility for crimes including common assault, shoplifting, wilful damage or disqualified driving, could now face a panel of their peers rather than the criminal justice system, Te Pae Oraka co-ordinator Jacqui Galliven said. 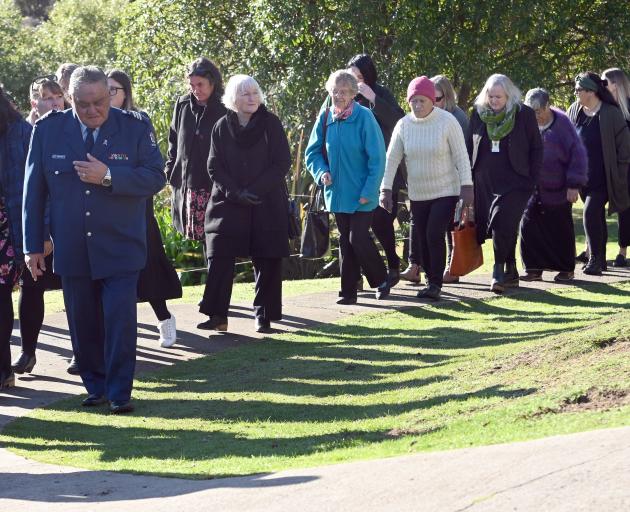 A partnership between Otago coastal area police and Otakou Runaka focused on preventing reoffending, Te Pae Oraka, is launched as police are welcomed on to Otakou Marae yesterday morning. PHOTO: LINDA ROBERTSON
The Dunedin version of the iwi, community, police, and Ministry of Justice-backed programme would be the 17th in New Zealand.

And it would mean fewer people going through a "clogged up" court system.

"This is a warning space rather than a judiciary space," Mrs Galliven said.

"It’s really promising; it’s a ground-breaker, and I’m really excited about it coming to Otepoti."

The process could result in participants paying for damages, apologising, taking steps to deal with problems that led to the offence, or performing community work.

It would address harm, but did not result in a life-changing criminal conviction, she said.

It had been done for generations by iwi, and felt like a "natural" process for many connected to Maoridom, she said.

But it was open to anyone regardless of their background.

"We know police can’t do that alone."

The Government’s Budget 2021 recently announced nearly $70million for Te Pae Oraka over the next four years, he said.

It was a great acknowledgement of its value.

"We’re excited to see this programme continue to grow."