Revamped centre 'one of best in Australasia' 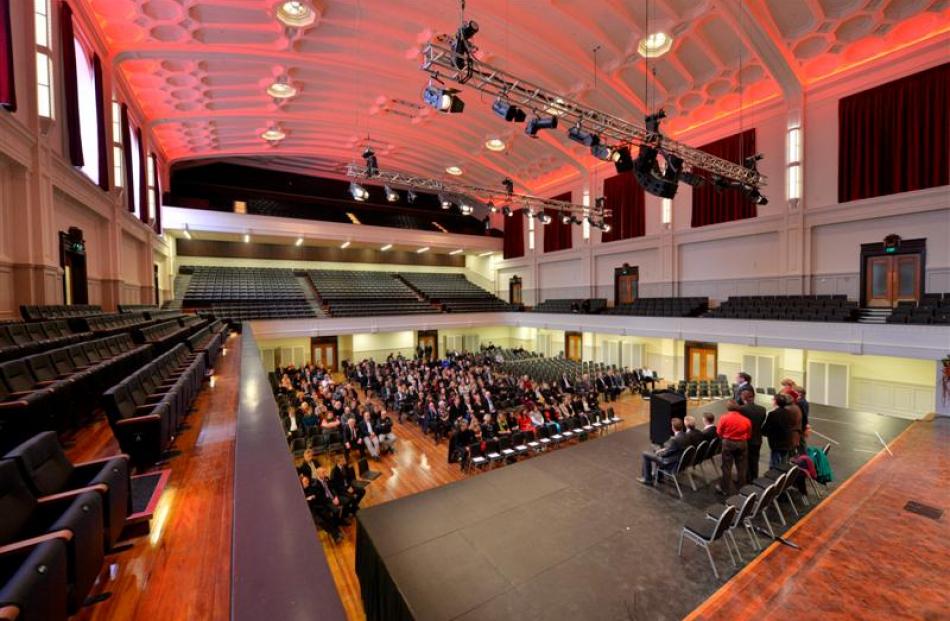 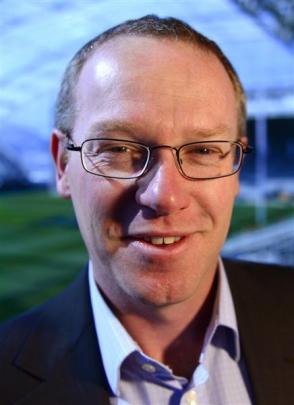 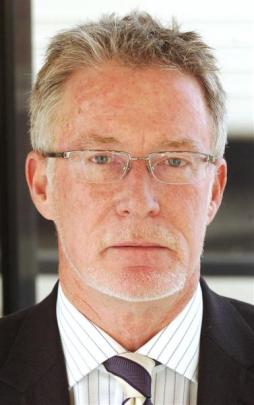 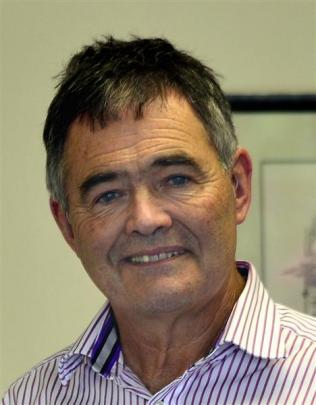 In front of 150 invited guests in the town hall yesterday, Mr Cull officially opened the redeveloped centre - made up of three of the city's most prominent civic buildings cohesively combined into one.

He described the opening as ''the culmination of a not inconsiderable effort, a massive transformation and a massive spend''.

Dunedin now had an up-to-the-minute convention centre in a historic complex, which was possibly the best in Australasia, he said.

The Town Hall was now potentially the country's premier location for recording orchestral performances, he added.

The refurbishment joins the Municipal Chambers, built in the 1880s, the Glenroy Auditorium, built in the 1920s, and the town hall, built into the 1930s, into a large convention centre, featuring multiple conference and meeting rooms and function spaces.

One of the most exciting new features was a fibreoptic link to Dunedin's Albany St Studios, which meant an ability to record performances in the Town Hall with ''absolute finality'', something he said Minister for Arts, Culture and Heritage Chris Finlayson was excited about, given the potential for use by national orchestras.

Of the total cost of the refurbishment, $25 million was spent behind the scenes, on things that were more likely to be experienced than seen, such as sound, air conditioning, cabling, sprinklers and smoke extractors.

City property manager Robert Clark said the building was also fitted with new lighting and signs. Toilets were updated and added, with a new block for the Glenroy Auditorium, which also received an extensive makeover, including the replacement of the old curtained circular stairwell with a new stairwell and designer cladding.

Around the centre, ceilings had been raised, walls and concrete removed, stairwells, doors and lifts added and the floors recarpeted.

The old seats were disposed of because they were in poor condition.

Octa project manager David Booth said fixing an intermittent humming from the floor units yesterday was one of the bits of ''tweaking'' still left to be set right in the next few weeks.

Mr Clark said builders, fitters, cleaners and staff had been up working hard ''well past midnight'' to have everything ready for yesterday's official opening, and tonight's first concert - the Dunedin RSA Choir's Anzac Day Revue.

The project had come in $2.5 million under the original budget, despite some unexpected setbacks, such as finding town hall basement contamination and having to excavate 3m to accommodate air conditioning.

Darren Burden, chief executive of Dunedin Venues Management Ltd, which manages the Dunedin Centre, said bookings for performances, conferences and meetings had already been taken, and he expected a new function room that opened on to a tiled roof terrace to be particularly popular.

He expected there would be an about seven-week period for final tweaks and resolving any issues.

The media had a tour yesterday and a public open day is being planned for a date early in May.