Two people were arrested in Dunedin for drunken behaviour overnight, but most were well-behaved as the city welcomed in 2021.

Acting Sergeant Bryce Johnson said a drunk man was arrested after threatening security staff at McDonald's Centre City about 4am.

He was restrained by security until police arrived and was later released with a formal warning.

Shortly after, another drunk man was arrested after he punched in windows to his own car and was aggressive towards police, he said.

The man received a warning for disorderly behaviour. 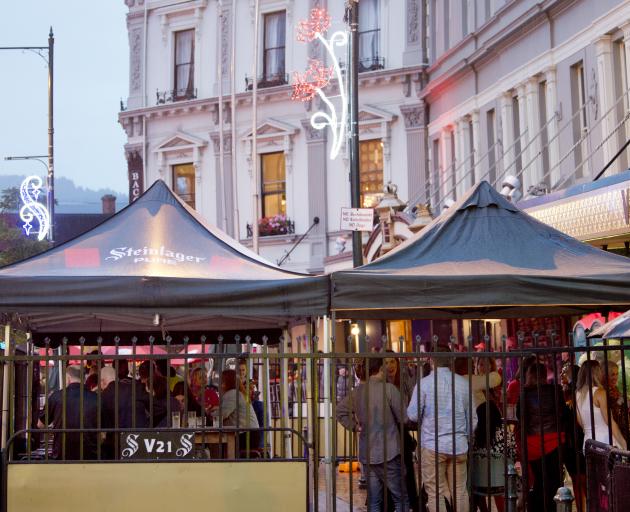 A driver was stopped in South Dunedin at 11.45pm and recorded a breath alcohol of 600mcg, more than double the limit.

At 8am today, a 26-year-old woman was pulled over in Dunedin Central and recorded 768mcg, about three times the limit.

Her licence was suspended for 28 days.

"Police will be conducting checkpoints and checking all drivers stopped for alcohol, and encourage people to arrange a sober driver or taxi to get home safely."

Sgt Johnson said people were well behaved in Dunedin over New Year's Eve, and the evening was likely kept calm by the weather as rain fell for much of the night.

In Wanaka there were five arrests, most for disorder.

There were multiple breaches of the liquor ban and warnings for disorder.