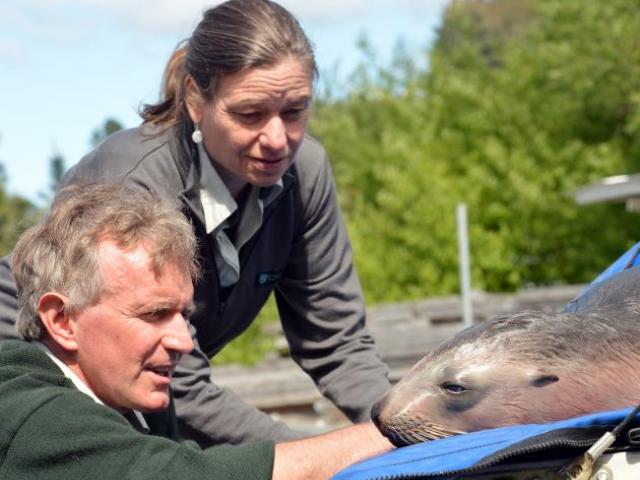 The Seals of Nam, a non-profit organisation set up to end commercial seal hunting in Namibia, has offered $1000 for information leading to the arrest and conviction of those responsible.

The body of female sea lion pup Rua was recovered by the Department of Conservation on the Otago Peninsula last weekend. She had a puncture wound in her side that was consistent with a bullet hole and had a deep cut on the opposite side of her body.

Pat Dickens, of Seals of Nam, emailed the Otago Daily Times with the offer.

Mr Dickens said the "unwarranted act of mindless cruelty" against an endangered species was unconscionable.

"It serves as a blow to conservation measures and the act should not go unpunished. We are urging the authorities to leave no stone unturned in the hunt to bring her killers to justice."

Mr Dickens said the story of the sea lion death came up as a Google alert.

"It was discussed with our board and a unanimous decision was made to offer the reward."

"We have made representations to the Namibian Government, and delivered a petition with over 100,000 signatures to that country calling for an end to the barbaric cruelty."

The group had offered rewards of a similar nature "on several occasions".

"The hope is always that someone will come forward."

The organisation asked anyone with information to contact it through its website.  Seals of Nam would liaise with relevant authorities, and upon successful conviction "gladly transfer the funds".

Be afraid, seal killer. You have been noticed by the South Africans, people of the veldt, Serengeti and Kruger National Park.