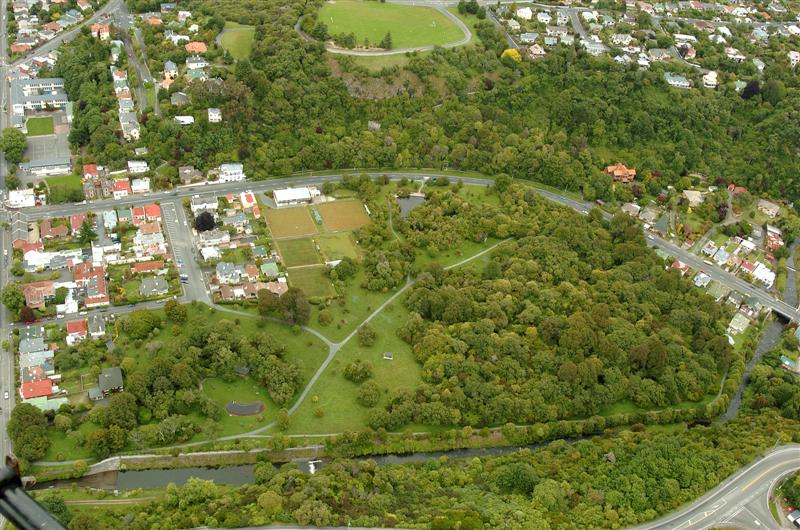 Aerial shot of the start of Leith Valley in Dunedin. Photo by Stephen Jaquiery.
Rezoning a chunk of Leith Valley land will not lead to unchecked development in the area, the land owners say.

This would allow for an overall residential capacity increase of seven houses.

The proposal is one of several rezoning applications the Dunedin City Council initially rejected, but is reconsidering amended versions of as part of changes to its district plan that would encourage the building of houses.

Mr Marr said their plans were on a much smaller scale to other developments around Dunedin and they wanted to split the land into only three lots.

The couple, who live on the property, would retain one lot, with the remaining two lots sold. Splitting the land would help them effectively take care of the land as they were finding it more difficult to maintain it on their own as they got older.

"We just wanted to share the load of the gorse and the broom round the rest of the property."

Mrs van Loon said the couple had planted "acres and acres of beautiful trees" over the 20 years they had been in the property to help preserve the character of the neighbourhood.

"We’re really passionate about the valley.

"We don’t want to see it split up. We want to be able to retain what's currently there."

Any building on the land would be done in such a way to minimise the visual impact on neighbours.

The couple planned to drop a letter in the mailboxes of neighbouring properties to assuage any worries locals might have.

People buy land ... and then want to retire on the profits. Kaitiakitanga. If people buy a natural environment, caretaking should be at the heart of their "ownership", with the expectation someone else will one day continue the caretaking. Not dividing it smaller and smaller and covering it in concrete for convenience or profit. Sell it to someone else with the energy and caretaking passion. Move to a smaller place on the profits. Kaitiakitanga of high-value natural places should be at the heart of all subdivision decisions.