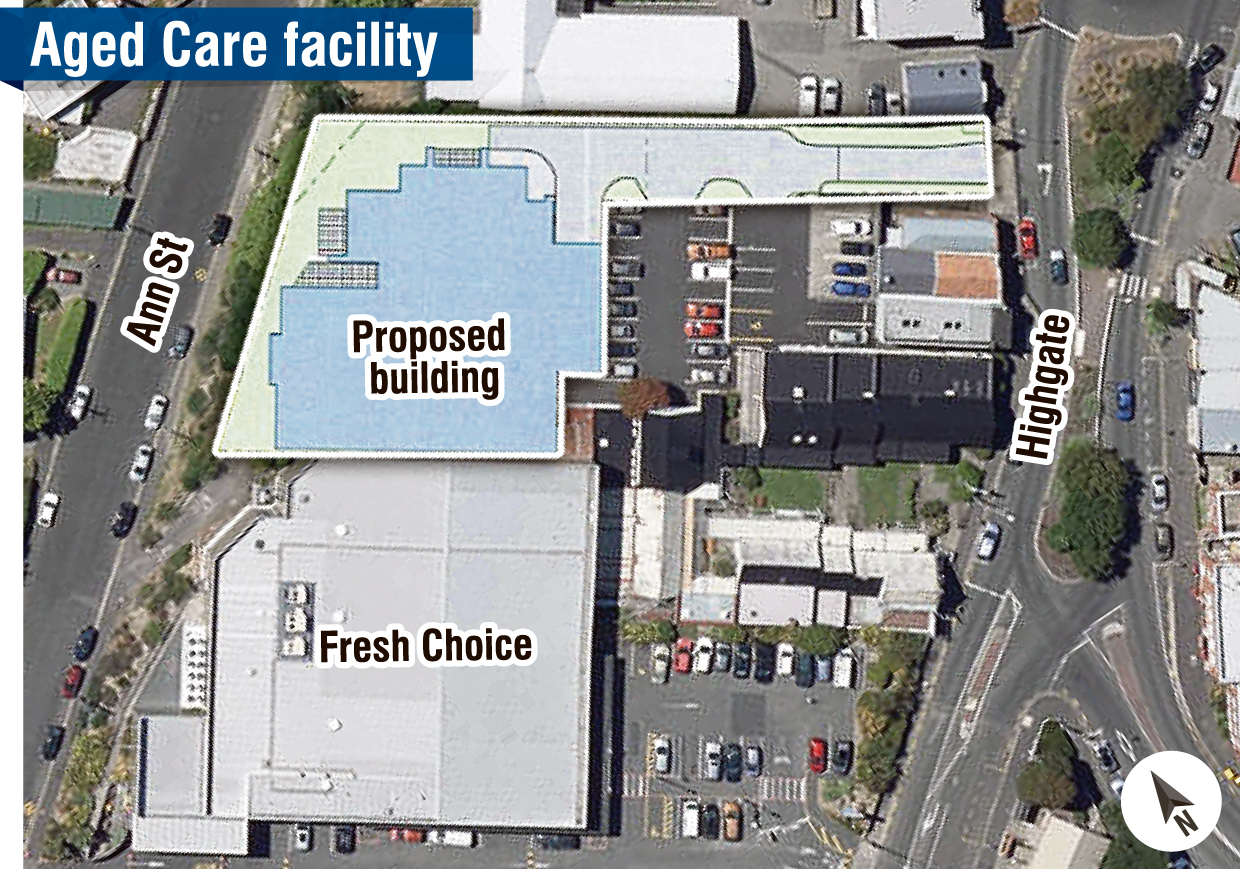 A 24-apartment aged-care home is planned in the Dunedin suburb of Roslyn, on the site of the now demolished New World building.

The four-storey retirement facility will have one-, two- and three-bedroom units on floors one to three.

The company’s directors are Tony Sycamore and Michael van Aart.

The resource consent for the project showed there had been investigations into increased shade cover and the proposed building’s impact on views and traffic.

"The building will cover approximately 60% of the site and will have a maximum height of 14.5m.

"The roof is to be finished in Colorsteel. The facades will be largely glass, and the decks will have glass balustrades," the consent said.

The planned building would stand next to the Fresh Choice on the neighbouring site.

"The supermarket is not considered to be affected by the proposal on the basis that no earthworks will be permitted to commence on the subject site until such time as the proposed building has been granted building consent," the consent notes.