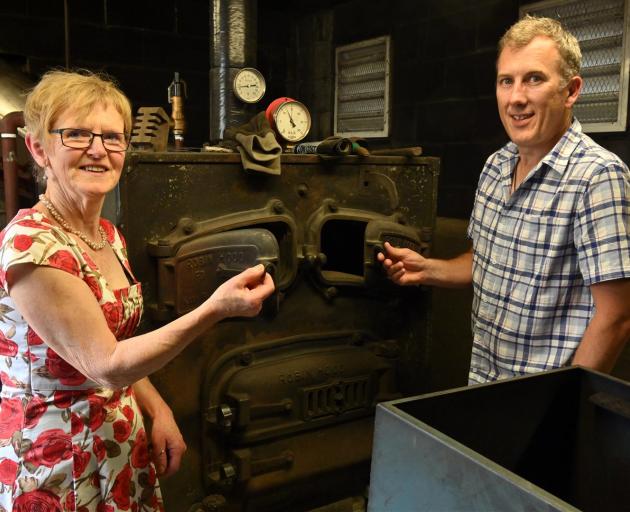 Opoho School principal Jenny Clarke and board of trustees chairman Rob Fagerlund with the school’s old coal boiler, which will be replaced with a biomass boiler. Photo: Linda Robertson
Seven southern schools are to get the lion’s share of $4.8million to replace their coal boilers with cleaner biomass boilers for heating.

They are among eight schools nationwide to receive funding from the Government’s programme to upgrade infrastructure and modernise the economy.

It aims to help schools run on clean energy and be part of the solution to climate change.

Further projects would be announced soon, he said.

Opoho School principal Jenny Clarke said her school’s boiler was nearing the end of its life, and she was ecstatic it was being replaced.

The school has an EnviroSchool Green-Gold status; the highest a school can achieve for its environmental practices.

The replacement of the school’s old coal boiler with a more environmentally friendly and sustainable wood pellet boiler would add weight to its status.

Invercargill Labour list MP Liz Craig said replacing the boilers in Southland would save the same amount of emissions as taking 1289 cars off the road for good.

The initiative is expected to help the Government reach its goal of 100% renewable electricity by 2035 and net zero carbon by 2050.

This is great news. We've put up with foul smoke from a school boiler for years.