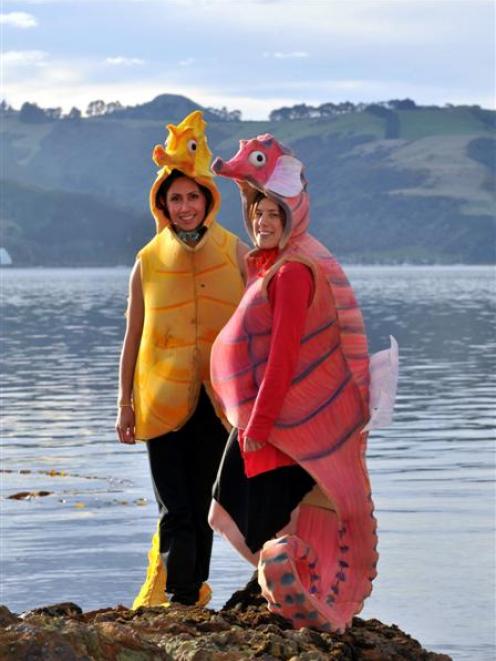 Forty stalls had been confirmed for the September 21 festival, as well as a smorgasbord of family entertainment and activities, festival chairwoman Chanel Gardner said.

''The whole day is about fun and it's such great exposure for Port and a fantastic opportunity for local businesses to open up and be involved, as most people have an explore around the township.''

The success of the inaugural event, in 2011, had taken organisers by surprise, she said.

''We didn't expect anything like the numbers we got last time. We were blown away. This year, the majority of the stalls are 5m by 5m, so they can easily cater for the crowds.''

Entertainment will be headlined by Don McGlashan, The Eastern and Hannah Howes, with cameos from Tahu and the Takahes, Captain Cornflake, Kat Anna Fiddle and local storytellers.

''We've also got a heavyweight line-up of great local chefs, with Fleur Sullivan, Judith Cullen, Alison Lambert and Bevan Smith from Riverstone Kitchen doing cooking demonstrations and Al Brown will be cooking at one of the Harbour Fish stalls and doing a book signing,'' Miss Gardner said.

A free shuttle bus will travel between Dunedin and Port Chalmers during the day, alongside a limited number of $5 return train trips on the Taieri Gorge Railway from the Dunedin Railway Station. The Monarch cruise boat will also be operating.

''Festival ticket sales are tracking along nicely and the train is also filling up quickly. Kids love the train and it's proving very popular with families,'' Miss Gardner said.

Tickets for the event, which runs from 11am-5pm, had been capped at 6000, and there would be free entry for children under 6, to ensure it was a fun family day.

''We want everybody to have a good time, rather than a crowded time. The first festival was a great learning experience and we've pulled all the best bits out of that one for this time.''