Secret is out on beach 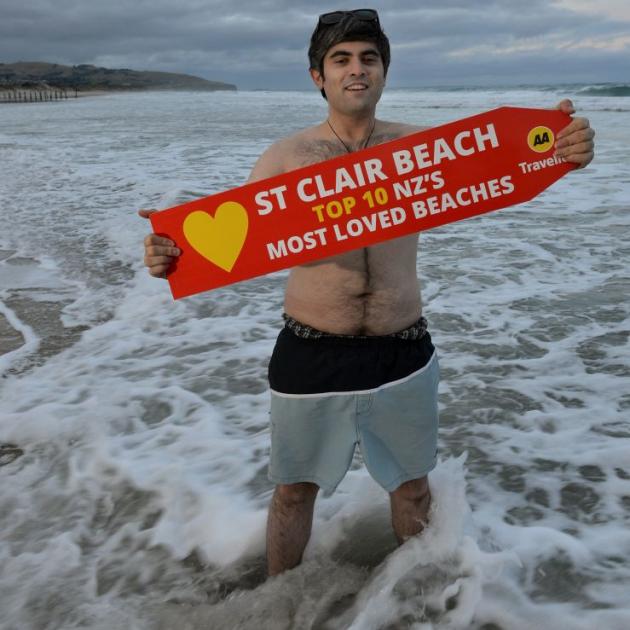 Dunedin's sandy drawcard was chosen among the nation's top 10 beaches in an Automobile Association poll.

The award was no surprise to Dunedin locals yesterday.

''It's a good thing to get recognition for something that Dunedin people have long known - that we've got some of the best surf beaches in the country,'' Dunedin City councillor Aaron Hawkins said.

''St Clair Beach has a place in Dunedin's psyche; it's a very strong part of our community spirit.''

More than 600,000 votes were cast for 200 popular New Zealand beaches in the month-long competition.

DCC tourism development adviser Sophie Barker said one would be put in the iSite office and the other might be given to the St Clair Surf Life Saving Club.

''A lot of people live in Dunedin for the surf,'' she said.

Three other South Island beaches made the top 10 - Bruce Bay, on the West Coast, Caroline Bay, in South Canterbury, and Kaiteriteri Beach, in Tasman.

The winner was Ohope Beach, in the eastern Bay of Plenty.