Dr Webster, a University of Otago graduate and international expert on influenza and vaccines, told the Otago Daily Times that Covid-19 could still become ‘‘the big one’’ — a killer virus with the deadly potential of the 1919 Spanish Flu, which killed between 25million and 75million people.

He urged countries, including New Zealand, to delay booster shot programmes to ensure there was enough global supply of vaccine to minimise the chance of the virus developing a more deadly variant. 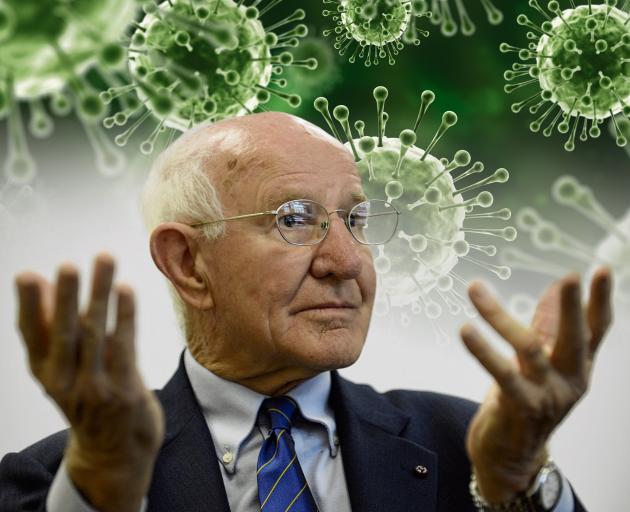 Otago-born virologist Dr Robert Webster says we need a global approach to vaccination or ‘‘this virus is going to win the battle’’. IMAGE: ODT FILES

The Ministry of Health has replied that no decisions have been made, despite reports a vaccine on order was being considered for a booster shot programme.

Balclutha-born Dr Webster, who now lives in the United States, was the first scientist to establish the link between human and avian influenza.

He also worked on the first DNA vaccine. In 1997, he and his team identified the deadly mystery Hong Kong virus that became known as H5N1.

Yesterday, speaking via video link, Dr Webster said it was important countries took seriously the World Health Organisation’s call for booster shot programmes to be delayed until more people were vaccinated around the world.

‘‘While every country is interested in protecting itself, we live in a global community,’’ Dr Webster said.

The virus thinks globally and so must we, he said.

‘‘Unless we provide protection for the whole globe ... this virus is going to win the battle.’’

It was not far-fetched to suggest Covid-19 could become a much worse virus if global vaccination was not given priority.

‘‘These viruses are notoriously active at evolving and this virus will continue to evolve.

His clear message to countries already rolling out third-shot programmes, and to countries considering doing the same, was to hold off.

‘‘Unless we get everyone protected we are going to be faced with the possibility of a much worse pandemic.’’

In response to questions, a spokesman for Health Minister Chris Hipkins said the Government was taking expert advice on the use of boosters.

‘‘No decision has been made on their use in New Zealand,’’ the spokesman said.

‘‘The Government is also committed to continuing to support the vaccination of our Pacific neighbours in particular.’’

Yesterday, it was reported that a large shipment of Novavax vaccine, expected in New Zealand during the first quarter of next year, was being considered for a booster shot programme.

The spokesman said no decisions had been made on how the vaccine would be used.

During the next three months, French biotech company Valneva is conducting a human trial of a vaccine in New Zealand. Three hundred participants are involved in the trial of the inactivated whole virus vaccine.

Dr Webster said what he knew of the vaccine made it sound promising.

‘‘From my own experience ... whole virus vaccines by-and-large are more immunogenic.

‘‘The chances are it is going to be very effective. I’m going to be most interested in following the efficacy of that vaccine.

The Ministry of Health was asked whether it was planning to do that. A ministry

spokesman said New Zealand had advance purchase agreements with four Covid-19 vaccine suppliers, none of which were Valneva.

The virus is not a Nationalist.