SH1 ranking could have funding toll 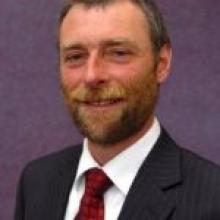 Stephen Woodhead
Funding for state highway transport projects within Otago and Southland could be compromised by a decision to rank State Highway 1 between Dunedin and Invercargill in a secondary tier of nationally important routes.

Otago Regional Council chairman Stephen Woodhead has criticised the New Zealand Transport Agency for its refusal to include the Dunedin-Invercargill section of the state highway in the national strategic roading network, instead ranking it as "regionally strategic".

SH1 from Dunedin and north through to Picton is the only South Island route within the top "nationally strategic" tier.

Seven roads are ranked by NZTA as "nationally important".

The only South Island route on that list is the Christchurch motorway.

The regional council recently made a submission to the NZTA, as part of its highway classification proposal, which called for greater recognition of SH1 between the two southern cities, Mr Woodhead said.

"It is disappointing that NZTA has not seen fit to recognise the significance of the Dunedin-Invercargill route ... When the funding cake is split up, this route will be classified as one of lower priority," he said.

The route was of vital importance to not only the Otago and Southland economies, but also the national economy, he added.

It was the primary route for freight traffic travelling from Southland and South Otago to Port Otago, and it was also a significant tourist route.

NZTA southern regional director Jim Harland could not be contacted last night. Secondary senior managers within the agency declined to comment about why the state highway had missed out on being considered as a "nationally strategic" route.

"Since NZTA is using this process to provide direction for managing the state highway network during the next 30 years, I would hope it is not too late for them to reconsider the strategic value and status of this vital southern roading link," Mr Woodhead said.