Shining light on crystals of the ocean 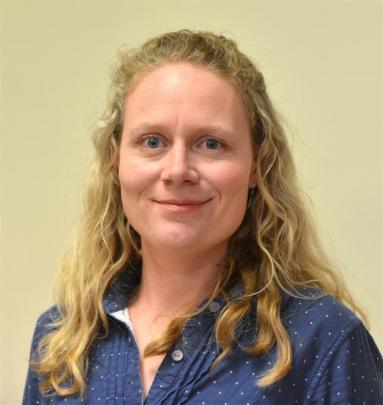 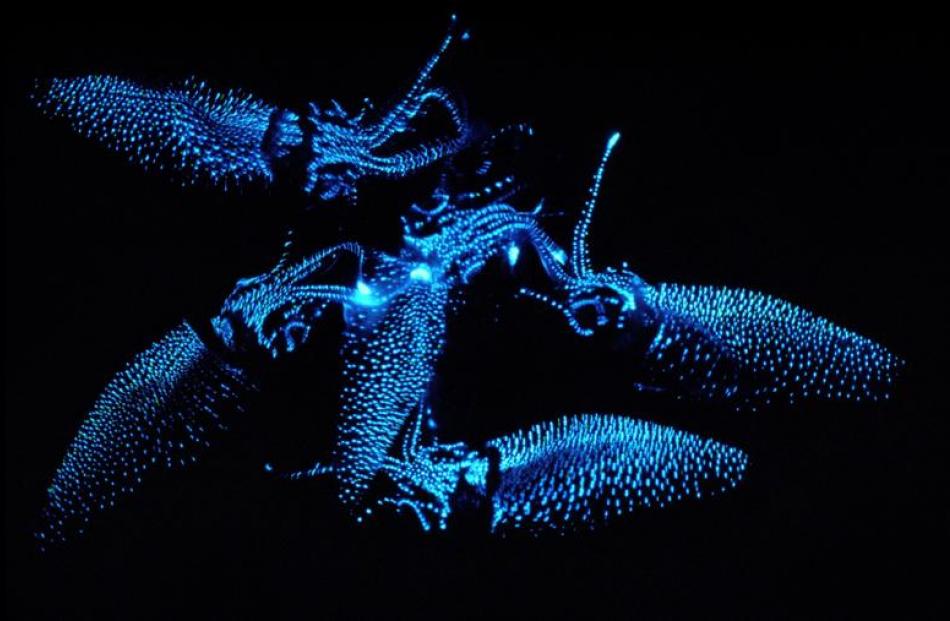 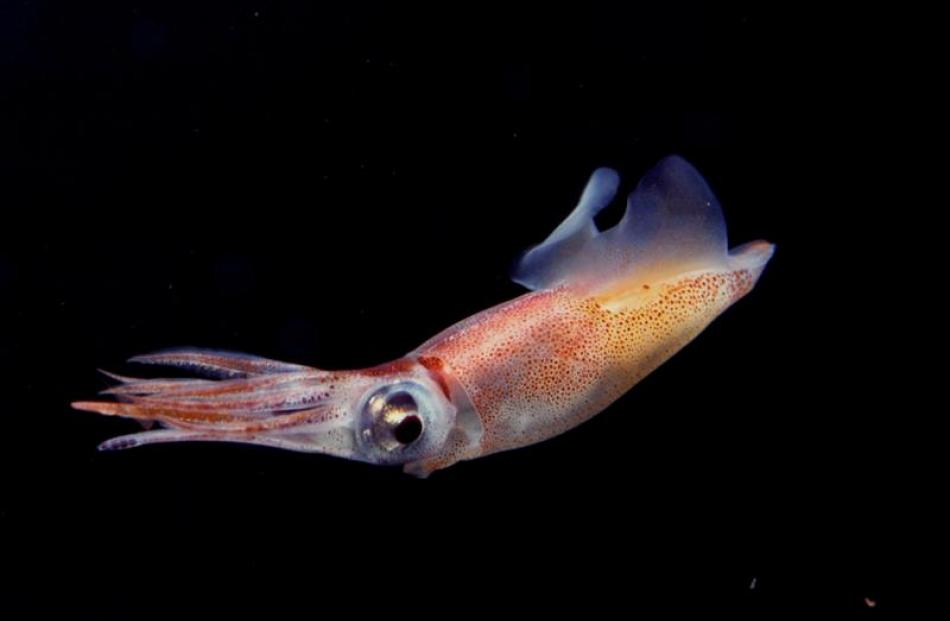 Otago is a province with a rich history of establishing firsts. We have led the way in many fields, and that tradition continues.

Researchers at the University of Otago are attracting international attention, with some granted millions of dollars for cutting-edge projects. So what are they up to? Reporter John Gibb, in a fortnightly series, does his own research on the researchers.

Each spring, a strange blue light glows ethereally on the west coast of Japan.

This light is produced as firefly squid (Watasenia scintillans) spawn close to shore in Toyama Bay, one of Japan's biggest bays, on Honshu island.

The intense cobalt-blue glow comes from light organs on the squids' waving arm tips when they are disturbed.

Proteins that crystallise inside living creatures are rare. No other bioluminescent organism is known to use crystals to produce its glow.

''We don't really know why they glow, but it may be to communicate with each other, or to startle predators when they come too close,'' Dr Sharpe says.

Proteins do not often naturally form crystals within organisms and ''no naturally-occurring protein crystals with enzymatic activity have been characterised in molecular detail so far''.

They are small, growing to only about 6cm long, and, although regarded as a delicacy by Japanese, can also be seen as ''fairly innocuous, unassuming little things''.

But these tiny creatures hold the key to a big and useful secret: exactly how they use protein crystals to generate light.

Given this was the only creature known to be producing light from protein crystals in this way, Dr Sharpe says: ''Wow, that's extra special. It's intriguing.''

She is working with colleagues Associate Prof Peter Metcalf, of Auckland University, and Dr Neil Patersen, of Diamond Light Source, UK, on the project, to discover how these fascinating crystals produce light.

During a research visit to Japan in April, she worked with those two colleagues.

Dr Osamu Inamura, director of the Uozu Aquarium, near Toyama Bay, and other Japanese scientists had been extremely helpful, providing laboratory space and access to some of the squid, among other things.

''It really is detective work.

''Scientific research - people who like it tend to be gamblers. You spend a lot of time just trying stuff out and just occasionally you hit something that works.

''We plan to find out how these fascinating glowing crystals produce light by revealing their atomic architecture.''

After determining the protein structure, Dr Sharpe's team aims to identify the genes that encode the proteins that make up the crystal.

''We also plan to generate the crystals artificially, which will enable us to characterise them further.''

This is a crucial step towards using the intense light from this bioluminescence system as a new tool in biotechnical research.

Firefly and jellyfish bioluminescence are already used in DNA sequencing and to measure calcium levels, respectively.

Dr Sharpe is primarily interested in proteins, ''what they look like and how they work'', and in bioluminescence.

''I find out what makes glowing creatures glow by studying their proteins.

''Proteins are the micro-machines that carry out most functions in a cell, but they're too small to look at using a microscope.''

X-ray crystallography is the main technique she uses to analyse proteins.

''You crystallise the protein you're interested in, shoot X-rays at it, capture images of the X-rays diffracted by the crystal, and from that build up a three-dimensional picture of the protein.''

Bioluminescence is the ability to use proteins and chemicals within the body to produce light.

Many different types of creatures produce light, and ''only a small handful of these creatures have been studied in great detail''.

Her interest in the firefly squid arose from earlier background reading about bioluminescence.

A paper about the Japanese squid had caught her eye ''because they were totally different from the other creatures studied so far'' and their apparent use of protein crystals to make light.

After finishing a BSc (Hons) in biochemistry at Otago University in 1999, she spent two years writing about clinical trials of drugs, but then decided to go back to the lab and undertook her PhD research in Auckland, examining the structure of proteins from tuberculosis.

Later, after living in London for several years, she returned to Dunedin to live in 2007.

She had returned to Otago University on a postgraduate scholarship, initially to study the bioluminescent protein in the New Zealand glowworm.

As a youngster she had earlier had ''vague ideas of being a pilot or a doctor''.

''It wasn't until I reached university that I discovered biochemistry and realised how much fun it could be working out how creatures work''.

And what does she do to relax?

''Since having kids, I mostly spend spare time with the family, and squeeze in a bit of exercise occasionally - running or zumba.''

Dr Sharpe said the glowing microcrystals, even when frozen, were challenging to transport and work on after being removed from the firefly squid.

She is already learning more about the underlying genetics of the glowing microcrystals.

She cannot guarantee that she will be able ''to solve all the questions surrounding the crystals'', but is confident she can ''find out more than was known before''.

Work history: Two years working as a medical writer in Auckland, before PhD, then postdoctoral fellowships at the National Institute for Medical Research (London, UK), and Otago University.

Proudest: In science: publishing some of my research in the journal Nature. I solved the structure of a protein called ''EED'', which is involved in epigenetics- mechanisms that turn genes off or on that are not encoded directly in the underlying DNA sequence and can be passed on when cells divide.

THE CHALLENGE: UNDERSTANDING HOW THE JAPANESE FIREFLY SQUID PRODUCES ITS LIGHT, AND HOW THIS MECHANISM CAN BE APPLIED TO MEDICAL RESEARCH.

I try to find which proteins in a glowing creature are responsible for producing light, and how those proteins work.

Because it is important to find out how things work, and also these proteins might become useful as tools in other research.

Finding out what a protein actually looks like, and relating that to how it works.

In what way is it unique?

Although there are a number of people researching creatures that bioluminesce around the world, very few are trying to find out what the proteins involved actually look like.