Shock at death of Richard Walls 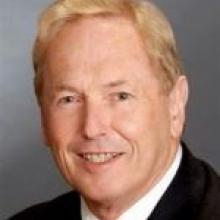 Friends and colleagues said he was the man who knew more about Dunedin politics and the city's history than any other.

Mr Walls had been a feature of Dunedin's political life since being elected to the St Kilda borough council in 1962 and only retired in 2010 when he lost his seat in the local body elections.

Mr Walls was chairman of directors at Dunedin International Airport Limited and a justice of the peace. He was made a Companion of the Queen's Service Order (QSO) for public service in 1996.

He was a member of many community, sports and arts organisations over the years including the Otago Magic Circle, which he helped initiate.

Dunedin International Airport chief executive John McCall last night said from Wellington he had last seen Mr Walls at a board meeting on Thursday so the news came as a shock.

"It is extremely sad; something quite difficult for us to come to terms with."

Mr McCall said Mr Walls had been a part of his working life for 23 years and he had been absolutely committed to the airport as he had been to the city.

Former mayor Peter Chin said during his 12 years on the council no-one had a greater knowledge than Mr Walls of the history of the city, in particular its political history.

"He served the city tremendously well, not only on council but as chairman of Dunedin International Airport."

With Mr Walls' death, Dunedin had lost a "very important citizen" who had served the city in many ways including leading the charge to buy the Regent Theatre, he said.

Cr Neil Collins said Mr Walls' death had come as a "great shock" and his colleagues on the council and in broadcasting would "miss him terribly".

Mr Walls is survived by his wife June and three children.