Shopping for love at the supermarket 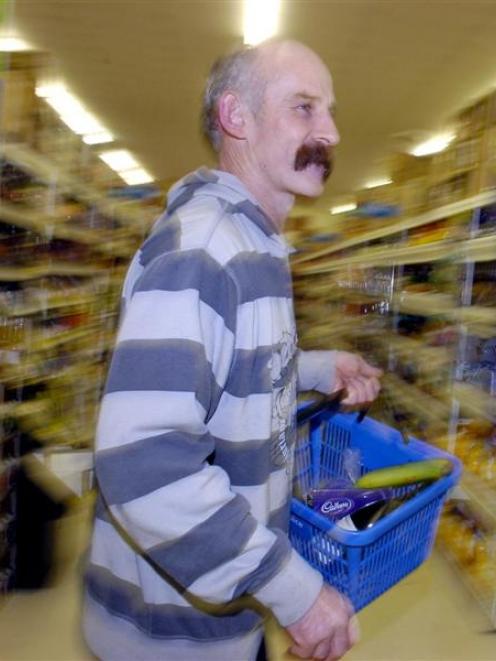 Dunedin man David Walker puts a banana in his basket to show he is single at the first Singles Mingles Night held at the Fresh Choice Roslyn supermarket in Dunedin yesterday. Photo by Jane Dawber.
A Dunedin supermarket is hoping shoppers put a new item on their grocery list - love.

Fresh Choice Roslyn launched the Singles Mingles Night yesterday, with single shoppers invited to put a free banana in their basket or trolley to signal they were single.

‘‘Some friends of mine who were single suggested the idea and I thought it would be a great idea for the supermarket,'' Fresh Choice owner/ operator Brent Chirnside said.

‘‘It may not work. We don't really know what will happen but it is just a bit of fun and, who knows . . . someone may find love.''

While the banana idea was not new, it was believed to be the first time it had been attempted in Dunedin, Mr Chirnside said.

‘‘Supermarkets overseas do it quite often and they always seem to use a banana for some reason,'' he said.

Shopper David Walker (47), of Dunedin, came to buy pears and some essentials, but was pleased to be given a banana to identify him as single.

‘‘It isn't easy being in my age bracket to find single people . . .You can't walk around with a sign on your neck saying you are single. I guess a banana is a good way of advertising the fact.''

Checkout supervisor Gina Spooner said despite being banana lovers Dunedin people seemed reluctant to put a free banana in their basket to advertise they were single.

‘The promotion will be held on Tuesdays, between 5pm and 9pm.