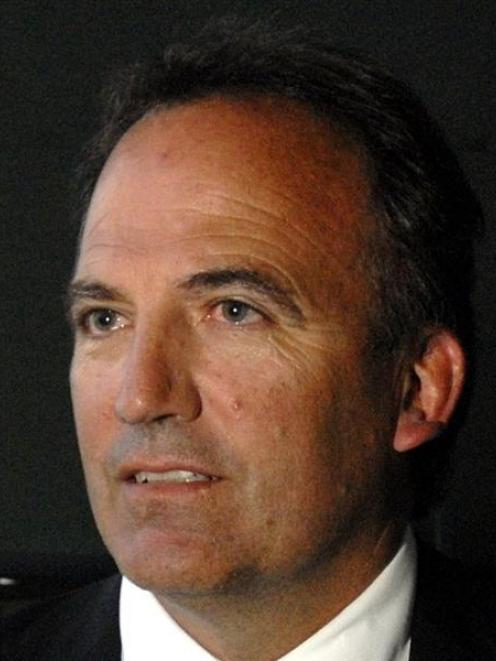 Wayne Graham.
The Otago Rugby Football Union's looming liquidation comes after six years of deficits for the club as dwindling ticket sales and mounting debt squeezed the life out of the sports administrator.

The 2011 deficit of $862,000 announced at yesterday's annual meeting is the sixth on the trot for the club, which posted its biggest loss of $5.9 million in 2009, reflecting the sale of Carisbrook Stadium to the Dunedin City Council that crystallised a $4.5 million loss.

The union's revenue from match takings and ground rental has fallen about a third in the past five years from an annual peak of some $3 million through the early part of the last decade.

New Zealand Rugby Union chief executive Steve Tew told Radio New Zealand the body had borrowed against Carisbrook to prop up its books amid dwindling crowds, and that unsustainable model was realised when the ground was sold.

If liquidators are called in, the current body will be dissolved and a new administrator can be set up to replace it. The NZRU today installed a skeleton crew to operate the community levels for Otago rugby.

The union's debt has mounted up to a reported $2.2 million, and it needs a $1 million lifeline by Friday to stave off liquidation. As at Nov. 30, 2010, the ORFU owed Bank of New Zealand $1.2 million, according to the latest financial statements published on the Companies Office.

In the past six years, the union has accumulated losses of some $10.5 million and in the past decade it has made just three surpluses, according to documents lodged with the Companies Office.

That compares to a decade of profitability for the Auckland Rugby Football Union, and just two deficits for the Canterbury Rugby Football Union in 2007 and 2009. The Wellington body reported three deficits in 2008, 2009, and 2010, but enjoyed a $1.2 million profit in the 2005 season.

Tew told Radio NZ no other rugby unions were in as bad a shape as the Otago body, but he hoped it would be a "bit of a wake-up call'' to administrators that the NZRU won't be able to bail everyone out forever.

Last year Rugby Southland got a $1.5 million lifeline from the national union, the Invercargill Licensing Trust and the Community Trust of Southland to help clear the body's debt and provide some working capital.