''Smashed'' show actors (from left) Kieran Milton as Jack, Troy Vandergoes as Caleb, and Carrisse Utai as Charlotte yesterday seized the attention of 80 year 9 pupils at the Kavanagh College gymnasium, with a presentation aimed at giving them the skills needed to counter peer pressure to drink alcohol. 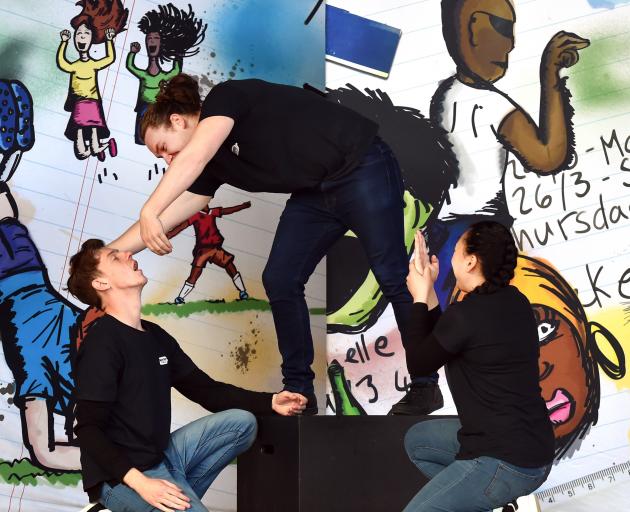 The Smashed Project, established in the UK in 2005, was brought to New Zealand in May by responsible drinking initiative the Tomorrow Project, and has been delivered by the Life Education Trust. Yesterday's event meant the number of New Zealand pupils who have seen the touring show reached 20,000.

Kavanagh religious studies director Kathleen O'Kane said the 25 minute show had effectively engaged the pupils, and it was followed by a workshop discussion. The group heads to Queenstown for a performance at Wakatipu High School today.