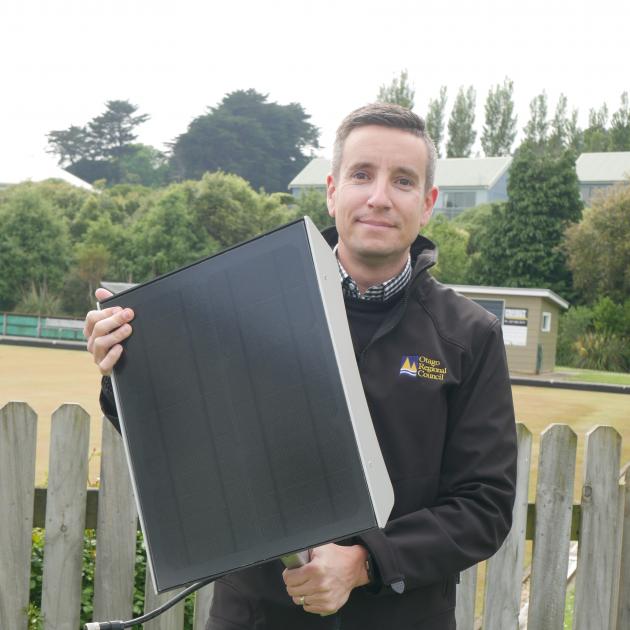 The sign will give live updates about bus arrival times, so people know far how away they are or if they are delayed.

To begin with they would have a "trial" sticker on them while they are testing the bus tracking, he said.

They will also trial what size solar panel would be needed for the sign.

"We’ll start with a giant one and then we’ll start moving down and see how small we can go," Mr Phillips said.

Board member Hoani Langsbury asked if the community board could get a report with information on how many buses were delayed, and for how long, due to the Peninsula Connection road works.

It would give the board an opportunity to put some questions to Fulton Hogan, the company behind the project.

"It may also help to then get buses on time."

Board chairman Paul Pope and Mr Langsbury shared their concerns about the bus routes, in particular buses not stopping in Harwood.

One bus regularly missed the "Harington loop" and a woman was not picked up three times, Mr Pope said.

It interfered with her trips to and from playcentre, he said.

Mr Langsbury said he had "virtually never seen" the bus turn into Harwood when heading south from Otakou.

"I’d assume that they only ever picked up when they did the drop-off on the run down," he said.

Mr Phillips said drivers had to follow the route regardless if there was someone on the bus or not.

He would reinforce that with the bus company, he said.

Mr Pope said complaints had "decreased significantly"in the past two years and was grateful Mr Phillips attended the meeting.