Some not sold on estate agents' methods 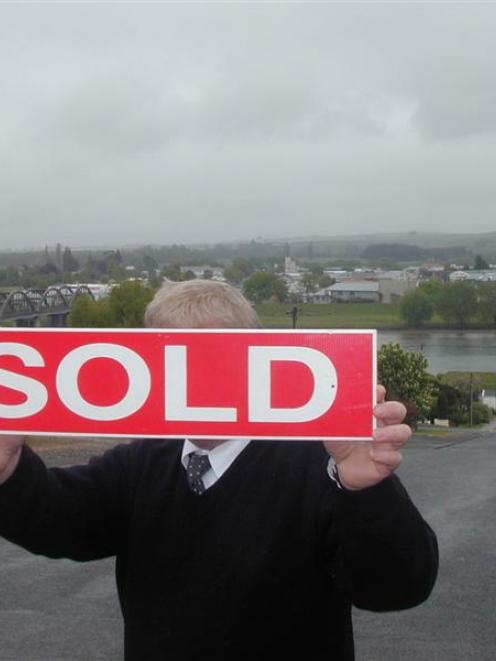 The process of acquainting vendors with the true state of the market - and the true value of their property - can be quite fraught, particularly with people whose property owes them more than they are likely to get from a sale.
Some call it "vendor conditioning" and label it controversial. Others consider it merely a legitimate and necessary part of the real estate agent's job.

Either way, the process of "educating" vendors as to the true value of their property is a tricky one in times, like now, when the market is in decline.

Recent reports have the volume of house sales down more than 40% during the first half of the year and prices down 6.8% on a year ago.

One real estate agent spoken to by the Otago Daily Times said the process of acquainting vendors with the true state of the market - and the true value of their property - could be quite fraught, particularly with people whose property owed them more than they were likely to get from a sale.

Many vendors got "hung up" on the price and considered it "absolutely critical" to them.

So, when vendors with high expectations meet real estate agents in need of sales, the issue of settling on the price to be advertised has scope for unhappiness.

Most real estate firms train their agents on how to educate their vendors, and while some need only to be presented with the facts and figures, others take more convincing, and it is here that the tactics of real estate agents have provided ammunition for websites offering alternative property selling services, such as www.zeroagents.com.au

The site's property analyst, Michael Eroz, describes conditioning as a manipulative and deceptive technique "designed to make the property owner accept less and therefore the agent gets a sale and gets paid".

"It's just a matter of reporting back to the owner of a property what's happening in the market. Our company has always given weekly reports to its customers and that hasn't changed . . . it's just maybe the news we are reporting back is not quite so welcoming."

Mr Rainsford said it was harder to be accurate in setting a price at present, because with fewer sales occurring there was less comparative information available.

"Like valuers, we are always wrong," he said, joking.

"It's pretty hard to be accurate but at the moment if you want to be next cab off the rank you have got to price your place keener than the other properties."

Getting the price right from the beginning was important, he said, with buyers able to be "a lot harder" and more likely to move on if their first offer was not accepted.

Mr Rainsford believed that in a falling market more negotiation was required, as each party was only prepared to "give" a little bit at a time.

"In a rising market, if you pay a little bit much today it doesn't matter because the market quickly catches up and passes."

An agent spoken to by the ODT said there was now more focus on real estate agents "whereas, in a high market, everybody's happy - 'Oh great. I only bought it two years ago and I made 20 grand or whatever'. In a falling market, I think, human instinct is to look for somebody to blame."

REINZ Queenstown spokesman Adrian Snow said every office would have its own concept of vendor conditioning, and "not done responsibly, there can be unreasonable levels of pressure applied upon the vendor".

While it was not covered in the new Real Estate Agents' Act, Mr Snow said the code of practice outlined the ethical behaviour required when setting prices.

"Ultimately, it just boils down to communicating the true status of the market."

Mr Snow suggested vendors were getting few second chances from purchasers who were "very, very sensitive to price".

"The simple position is that if the property is not correctly priced, you are unlikely to sell your property. Purchasers who are active today have typically done a lot of homework as to where they perceive the market to be.

"They look at numerous properties and they are typically very quick at ascertaining whether any specific or particular property is presented at a proper market price.

"In today's climate, we'll often not get the opportunity to even negotiate with the purchaser to invite offers. They'll quite often just walk away and say, 'Well that particular property owner's not realistic about their selling price. We won't even bother engaging with them'."

A Dunedin agent believed "most" agents would try to obtain the very best price for a vendor.

"If you get a reputation for selling low all the time, it doesn't do you any good. People aren't going to use you and you won't last very long.

"Your reputation is built on getting good prices."

He also said price was not the only factor in selling a property.