Some still homeless after flood 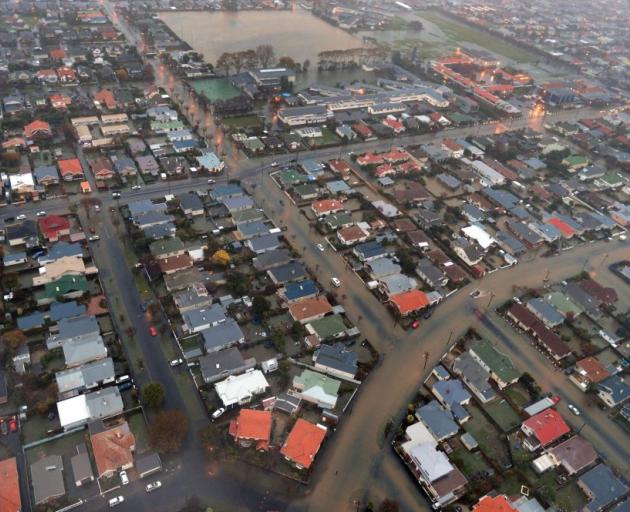 Flooding in south Dunedin in June. Photo by Stephen Jaquiery
Some residents are so sick of living in motels after flooding which hit South Dunedin two months ago, they have gone back to their flood-damaged homes.

Family Works Presbyterian Support Otago social work supervisor Deb Gelling said the agency was dealing with 23 families still to return to their homes since being displaced by the June 3 flood.

Some of those had become so fed up with living out of a suitcase, they had returned to their homes, she said.

''People who have now been living like that for a while, and now have to move to somewhere different, are going back to places which probably aren't ready to be lived in.''

Mrs Gelling said she had already received a referral this week about a woman who had just been advised she would never be able to return to her home because of flood damage.

She was due to meet the woman today.

Of the two people who had returned to their homes against advice, Mrs Gelling said one had insurance and one did not.

The resident who did have insurance was not able to get flood-related damage fixed until existing structural problems were sorted out.

Mrs Gelling said she was aware of at least five families who had uncovered separate structural issues as a result of housing assessments after the flood.

Affected people were still approaching the organisation for help and Mrs Gelling was ''dreading'' contemplating how many more families were still to come forward.

A recovery assistance centre, which operated in the weeks after the flood, would reopen at the Dunedin South Presbyterian Church in about three weeks as a neighbourhood support initiative, she said.

The centre would be open for one day and staff would encourage people to check on their neighbours.

''We will try to catch the people that seem to be falling through the cracks at the moment.

''We want to find out about any of those things cropping up that are causing hardship for families directly as a result of the flooding.''