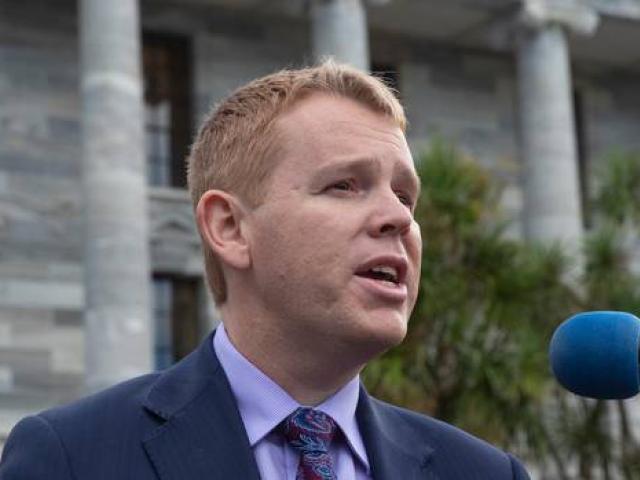 Chris Hipkins. Photo: NZME
Otago and Southland's uptake of the Government's new school donations scheme is the lowest in the country, Ministry of Education figures show.

As part of the Government's child wellbeing approach, the ministry offered $150 per pupil at decile 1-7 state and state-integrated schools over the next four years, if they do not ask parents for school donations.

The aim was to encourage schools to stop asking for donations for class activities, as doing so put undue financial pressure on parents.

While a high number of primary schools had taken up the offer, the majority of eligible secondary schools did not.

Of the six eligible Dunedin secondary schools, only Queen's High School opted in.

Earlier this month, secondary school principals across Otago and Southland sent a letter to Education Minister Chris Hipkins, saying it was impossible to support the Government's new school donations scheme as it stands, and called for him to ''think again'' about the proposed level of funding.

Otago Secondary Principals' Association chairwoman Linda Miller was not surprised by the low number of secondary schools opting in.

''Secondary principals have real concerns about their ability to offer quality educational experiences for students, with that low level of funding.

''Collectively, Otago and Southland secondary principals have urged the Government to think again about this proposal, but we've been told it will remain for next year at this stage.

''It's put schools and communities in a really difficult place, where they're having to balance up the cost to parents against what they're able to deliver in the way of educational opportunities, and I think that's been really unfair.''

Queen's High School board of trustees chairwoman Jude Molyneux said the school opted in because it believed it could continue to provide high quality education with the amount of money provided by the ministry.

''Based on the information that we had, it was decided it was the right thing to do for our students and our whanau.

''We worked out that we could still provide the high standard of education that we are providing, that we could give our students and families this benefit, which meant that there was some money left that we wouldn't be asking them for.

''We're also conscious that we can still ask for money around camps and other activities like playing sport or attending specialised workshops.''

Mrs Molyneux said the school had been trying to cut down on the amount of donations asked for over the past few years.

''We have managed to do that in small bits and pieces. But this gives us the opportunity to take it to that next step.''

She said the board would monitor costs over the next 12 months and review whether it stayed in the scheme next November.

Mr Hipkins said more than 416,000 pupils from 1563 schools around the country would benefit from the additional $62.5million in Government funding.

''We know how difficult it can be for parents to afford the donations that schools request. Our scheme will take significant financial pressure off many Kiwi families.''

The donations scheme was an annual opt-in process which meant the schools that chose not to opt in this time, might choose to do so in a subsequent year, Mr Hipkins said.