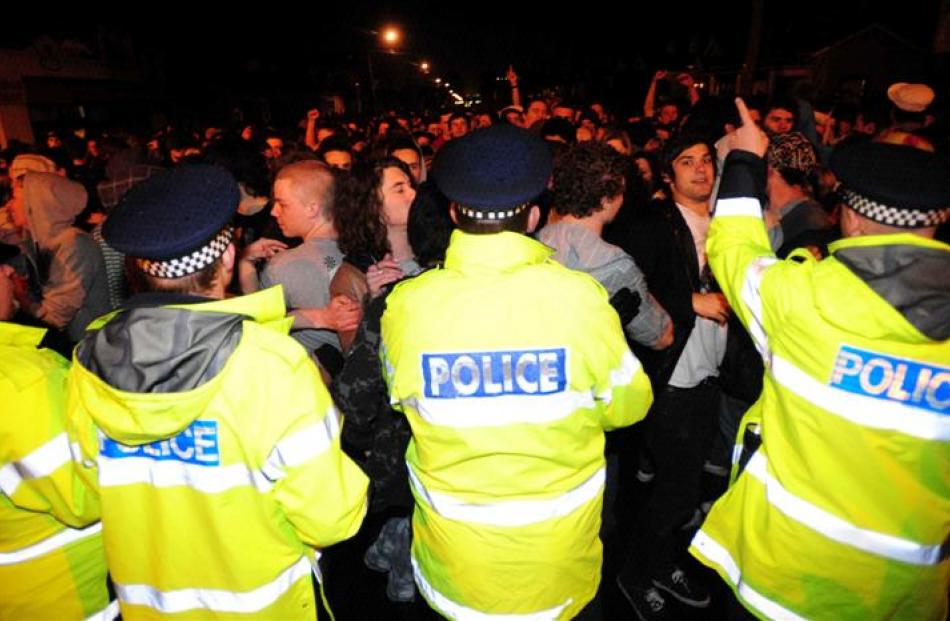 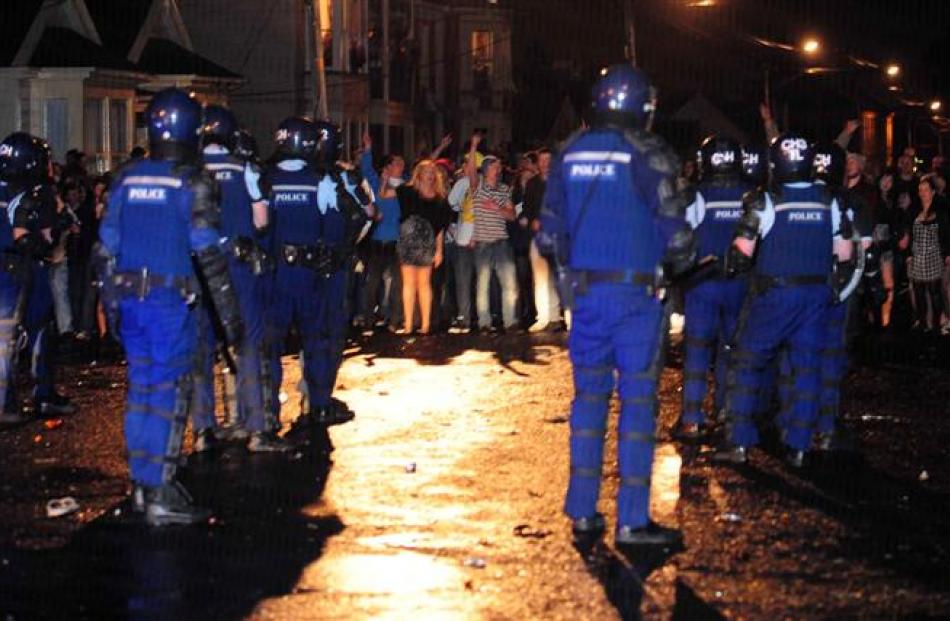 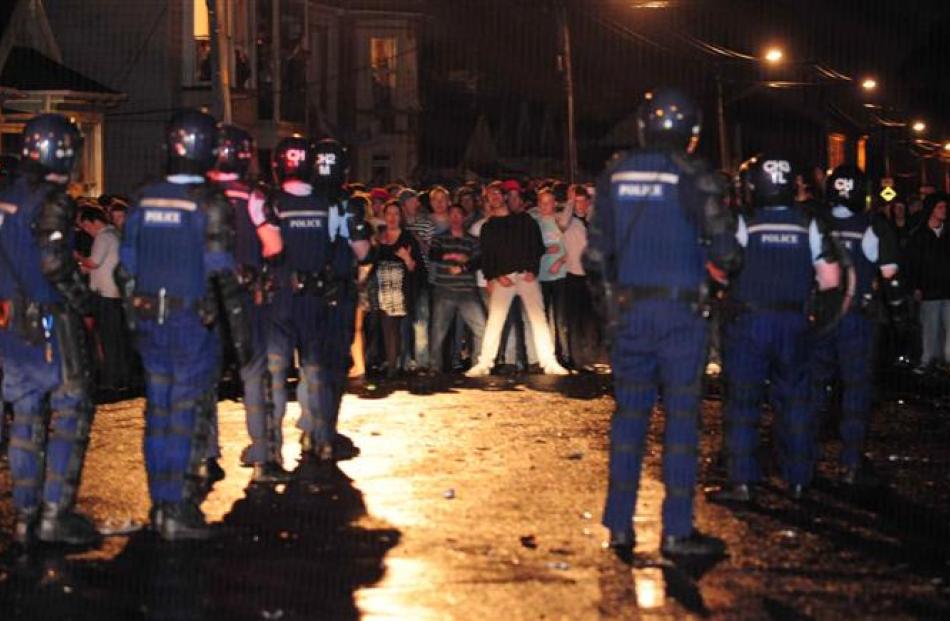 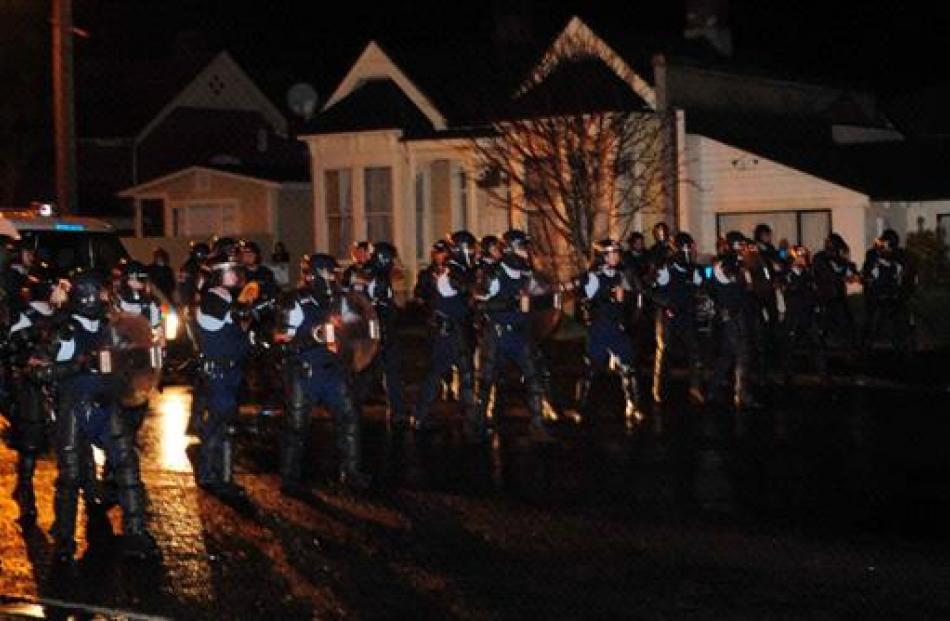 Police in riot gear move in. Photo by Craig Baxter 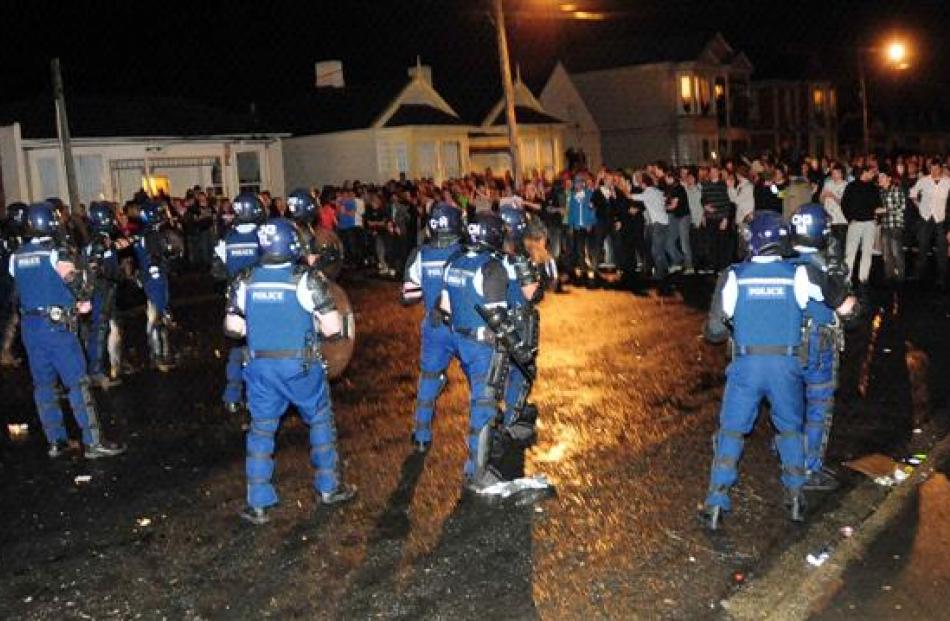 Police in riot gear move in. Photo by Craig Baxter

The pleas of the police, Otago University and the city's mayor Peter Chin were ignored once again last night as a large mob, mainly made up of students, clashed with police for a second night in Dunedin's student area.

A crowd about the same size as Friday night's 600-strong group gathered once again in Castle St last night, seemingly waiting for a reaction from police.

At 12.30am they got it when, after donning body armour, batons, helmets and shields, police charged them down Castle St to the Otago University campus in a display that was almost an exact replay of the night before.

This is the third consecutive year the Undie 500 rally, involving pub crawl from Christchurch to Dunedin, in cars worth under $500, has led to disorder.

Until about 10.30pm yesterday Castle St had been relatively quiet with a large police presence, both on foot and in patrol cars, keeping a lid on various parties in the area.

Dozens of arrests for breaching the a temporary liqour ban were made before police were diverted to crowd control about 11.30pm as large groups of people flowed in to Castle St.

About 12.30am, the crowd, which up until then had been dancing in the streets, started throwing bottles at officers attempting to disperse them.

It was then that police deployed team policing units wearing body armour, helmets and shields.

In reaction the crowd ran as one to where team policing units were putting their gear on and began throwing more bottles, chanting and challenging police.

As they moved the crowd down Castle St, police cleared and entered several properties, meeting some resistance at times.

Members of Otago University's Campus Watch team were stationed along the street during the evening to ensure no fires were set, and were largely successful.

About 1.30am police had moved the remaining crowd, about 200 people, on to Otago University campus.

Once the armoured police had dispersed the crowd, Castle St was quiet again within minutes.