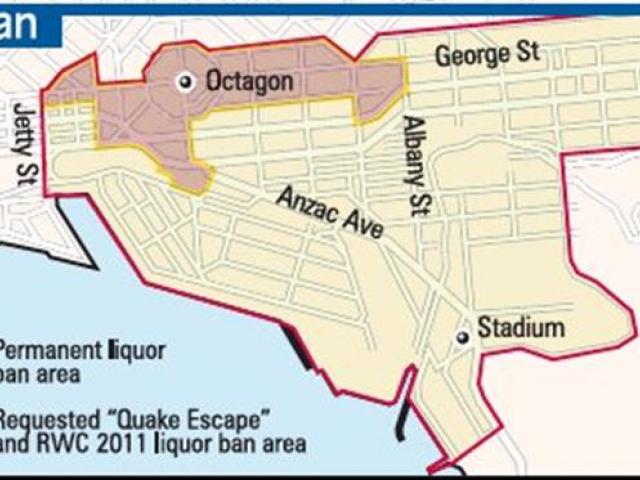 The University of Canterbury Engineering Students Association (Ensoc), the group behind events that have brought considerable disorder to Dunedin in the past, is heading back for a weekend in the city.

The Otago University Students' Association (OUSA) is considering a mercy dash to Christchurch to help students in the quake-affected city.

It seems the Undie 500 rally has finally found a new destination, but there is still the small matter of widespread opposition from local authorities to get around before the event can go ahead.

Some actions that might avoid future Undie 500 disorder have been outlined in a University of Otago study.

The years of the Undie 500 in Dunedin with the ensuing disorder and ugly scenes of riot police clashing with students in Castle St might be over if organisers are successful in moving the event north.

If the video does not play immediately, refresh your browser.
Two students involved in fire-related incidents during September's Undie 500 disorder received fines and community work, respectively, when they appeared in the Dunedin District Court on Tuesday.
One person arrested during the weekend the Undie 500 rally arrived in Dunedin has been given diversion and another is being considered for it despite police promising no-one arrested during the disorder would get that option.

If the video does not play immediately please refresh your browser.

Seventeen Dunedin students have already received convictions for their part in this year's Undie 500 weekend disorder, but the University of Otago is refusing to say if it has disciplined anyone.

The University of Otago will come down hard on students whose "loutish behaviour" at the weekend threatened the university's reputation, vice-chancellor Prof Sir David Skegg says.

The Dunedin District Court has started processing the first large group of those arrested in the Undie 500 disorder last weekend.

Organisers of the Undie 500 were unable to control the fringe elements "down there", so Canterbury student leaders have turned the key off for the infamous Canterbury car rally to Dunedin.

About a dozen well-dressed young men outside the Dunedin courthouse yesterday suddenly became camera-shy as they reported to court for the first time after being arrested during the weekend's Undie 500 disorder.

City and university leaders in Dunedin and Christchurch are elated by yesterday's announcement the Undie 500 rally will not return to Dunedin, describing it as inevitable after last weekend's disorder.

Three high school pupils are among those charged over the weekend's Castle St disorder, it has been revealed.

Police warn they are likely to make more arrests next week after they review footage of the Undie 500 disorder in Dunedin.

The pleas of the police, Otago University and the city's mayor Peter Chin were ignored once again last night as a large mob, mainly made up of students, clashed with police for a second night in Dunedin's student area.

City leaders have reacted with fury after the arrival of the Undie 500 rally from Christchurch again brought a weekend of violence, bottle-throwing and baton-charges to the streets of North Dunedin.

Prime Minister John Key has called the chaotic aftermath of Undie 500 rally in Dunedin "madness", saying some of the alleged rioters had blighted their lives.