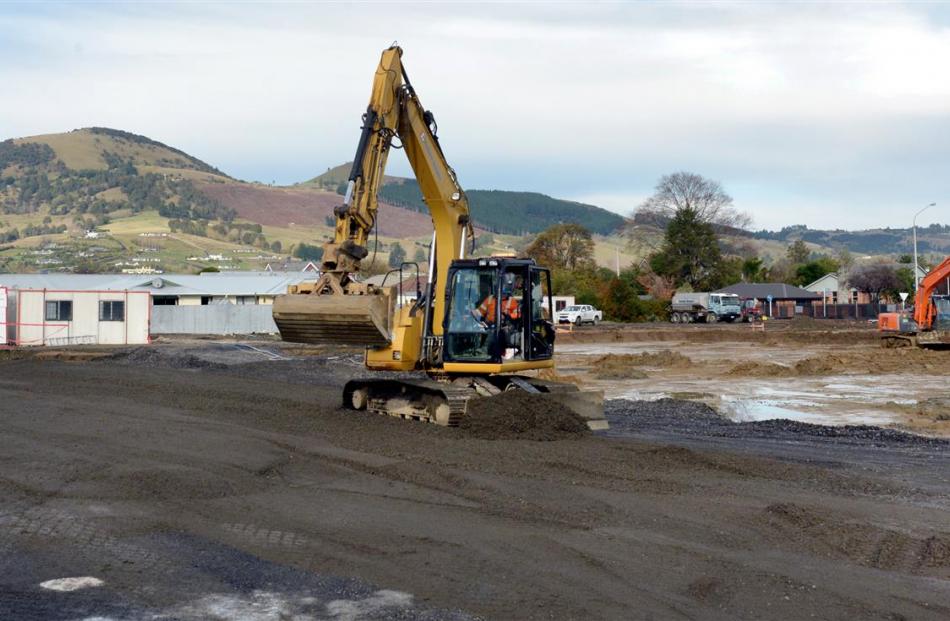 Countdown confirmed this week that Amalgamated Builders Ltd had successfully tendered for the building.

The firm was established in Invercargill - where its head office remains - in 1972, but has been working in Dunedin for the past three decades and its largest branch is based in the city.

The firm previously built the Dunedin Chinese Gardens and was in charge of the redevelopment of University Oval, the Regent Theatre and Dunedin Town Hall.

The 3350sq m supermarket, on the site of the former St Mary's Primary School bordering Gordon Rd and Church St, was approved in March after a protracted consent process.

About 50 people are employed at the Factory Rd store. That number will double when the new store is complete.

The store would cost $15 million to build and $5 million to fit out, Countdown property general manager Adrian Walker said.

Contractors were excavating the site now and "it could be a month before we see much rising out of the ground''.

Mr Johnston did not want to comment on the timeframe for the project, but it is understood it could open within 12 months.

Mr Johnston said the successful tender came at a difficult time for commercial construction in Dunedin.

"The Dunedin commercial market has been quiet for a long time, so it's a reasonably significant project and we are pretty pleased to be awarded it,'' Mr Johnston said.

Services were being installed at the site as excavation continued and building would begin once that work was complete, he said.

Countdown bought the Gordon Rd site in 2012 after St Mary's School moved across the road to a larger site.