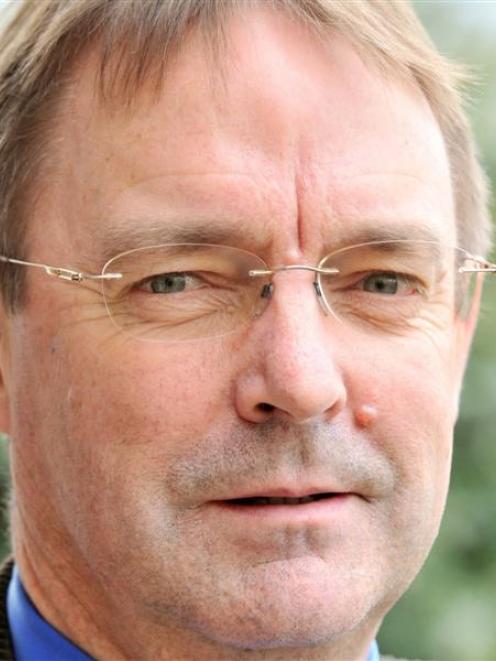 Steve Hayward.
A Dunedin man was shocked when a health adviser confirmed young children could be supplied alcohol by a ''responsible'' guardian.

Steve Hayward contacted the Health Promotion Agency information line after finding their pamphlet on ''under-18'' drinking in a Dunedin bar.

''I couldn't believe what I was reading.''

The pamphlet in question detailed law changes concerning supplying alcohol for under-18s, which came into effect on December 18.

The brochure noted as long as the person supplying the alcohol was the parent or guardian, alcohol could be supplied in a responsible manner.

The brochure also noted that if consent was needed from a parent or guardian, then an email or text was sufficient.

Mr Hayward, the principal of Green Island School, was stunned when contacting the information line to ask a hypothetical question on how young a child could be supplied alcohol by a ''responsible'' adult.

Mr Hayward said while he could understand the intent of the Act, ''who is to say who is responsible and who is not''.

Questions to the Health Promotion Agency were referred to the Ministry of Justice, and in turn were redirected to Justice Minister Judith Collins.

She confirmed ''there was no specific consideration given to the actual age of the child or for a differential penalty for provision of alcohol to a younger child''.

''This sends a clear message that supply to any person under the purchase age must only be by a parent, or with parental consent, and must be managed responsibly.

''This puts the responsibility firmly with parents.''

She said to help change New Zealand's drinking culture, it was important to set good examples for children.

''Change in our drinking culture will not happen overnight, nor can it be achieved through legislation alone,'' she said.

''This Government's reforms empower all parts of society - central and local government, communities, industry and parents and young people - to make a start.''

Mr Hayward said other countries had a minimum age restriction, which was ''black and white, and yet we have this grey area''.

''Some places around the world, the law is 21, and that is it. Lydia Ko and Lorde can't drink when they are in those countries.

''Whether this is the intention of the Act, well, we are left to pick up the pieces.''