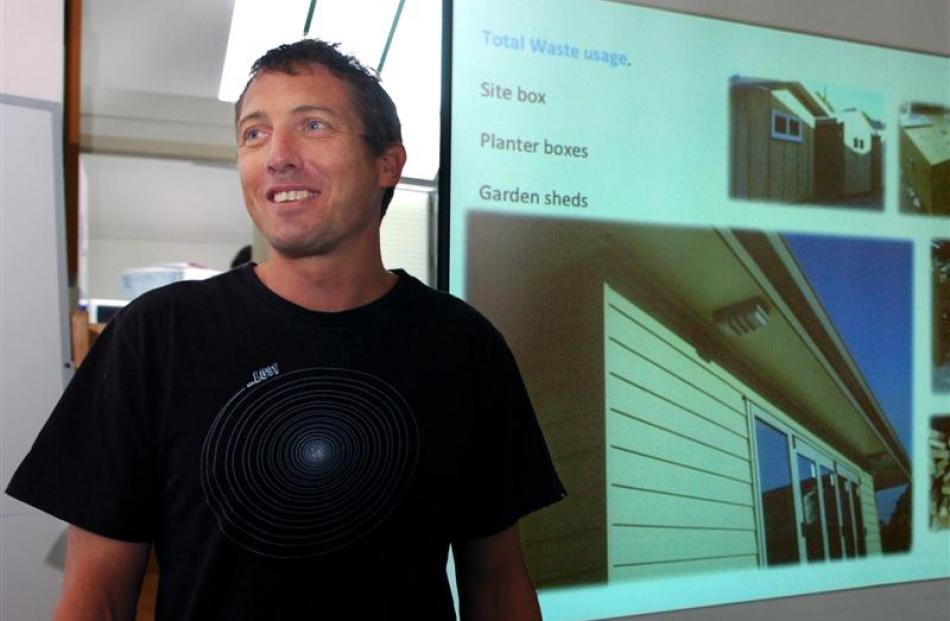 A former Wanaka-based builder has been awarded a plaudit for his education efforts to combine sustainable building designs alongside the carpentry courses he now teaches at the Waikato Institute of Technology.

Tom Malpass, of Raglan, was among a group of 11 invited designers and builders, who attended a "micro-architecture" symposium at the Otago Polytechnic during the weekend.

Organised as part of the sustainable habitat challenge programme - a national design initiative being run by industry and tertiary providers - Mr Malpass and the other participants pitched their different building concepts to each other during the two-day meeting.

The Wintec carpentry lecturer won the "supreme" award for his presentation about how he was incorporating sustainable building and design principles into his course programmes for trainee builders.

Mr Malpass said he was trying to set a "basic foundation" for trainees to help equip them with the knowledge and skills about making simple homes "energy-efficient and sustainable".

After being presented with his award yesterday afternoon, Mr Malpass said he was preparing for a road trip back to Wanaka to visit some of his former building colleagues, many of whom have similar interests in sustainable design.

He plans to make a training video about his former trades colleagues and how they have taken their sustainable ideas to the marketplace and incorporated them in eco-friendly dwellings and homes built in the Wanaka area.

"I think it could be a valuable teaching resource to show how sustainable trades can help trainees progress their careers," he said.

Symposium organiser Tim Bishop, from the Otago Polytechnic institute of design, said the event was a chance for builders and designers from around New Zealand to meet, form networks, and swap ideas.

The concept of "micro-architecture" was about developing "simple ways for people to build their own homes again".

Participants travelled from around the country, with two symposium speakers coming from Hawaii and Germany to be involved, he said.