Take it easy: The Eagles are landing 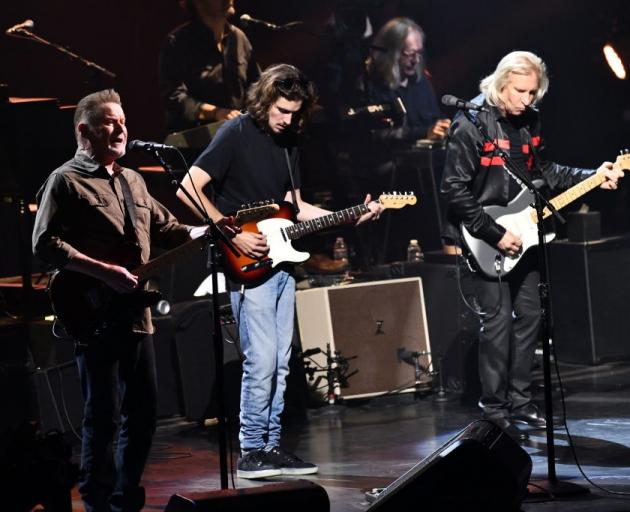 The Eagles are landing and Dunedin has the pink champagne on ice.

Thousands of fans of the American rock band will flock to the city today for their concert at Forsyth Barr Stadium tonight.

Gates open at 4pm and last-minute addition Marlon Williams will kick things off at 6.30pm.

Dunedin Venues are suggesting fans make their way to the stadium early to soak up the atmosphere.

Due to tour requirements there will be increased security processes on entry, including a full bag search, so people are being asked to arrive early and be patient.

To avoid extra queues, fans should leave their bags at home but if they do bring one along, bags larger than the size of a piece of A4 paper are not permitted.

Bottles of sealed water, up to 1litre, home made food, such as sandwiches and special foods for dietary requirements, are allowed to be bought into the stadium.

Any type of cameras or audio/visual recorders, tablets, glass (including perfume bottles) and signs or banners are all prohibited.

The NZ Transport Agency is advising those travelling from out of town to allow plenty of time and drive safely.

To celebrate the concert, the Dunedin City Council has lit up the Dunedin Railway Station with a Hotel California-inspired light display and is putting on a lunch-time concert in the lower Octagon today.

A walking bus will leave the Octagon for the stadium at 5.15pm.

Concert-goers are encouraged to walk to the stadium but if they do drive, the council asks they be patient and remember public transport and pedestrians would have the right of way.

There will be about 1300 on-street parks in the wharf area plus an extra 300 parking spaces at the Thomas Burns and St Andrew St car parks.

A free loop bus will run from the Octagon to the stadium between 4pm and 7pm then for an hour after the concert.

The council is also running several night buses which will travel from the Octagon between 11.40pm and 1.15am along three routes: one to South Dunedin, one to North Dunedin (via Highgate) and one to Mosgiel.