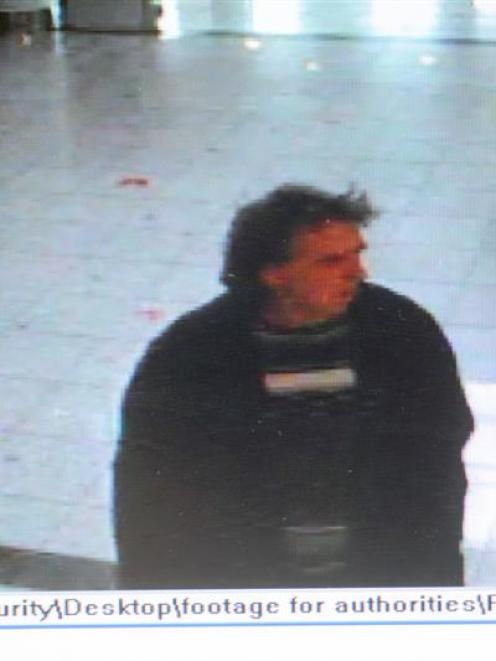 This is the man police want to talk to. Photo supplied.
A brazen thief has stolen a dinosaur fossilised egg from the Otago Museum.

Staff noticed the fossil missing from the Dunedin museum's ground-floor shop early on Tuesday, following what they believe was a premeditated theft.

The alleged thief has been caught on the museum's security cameras, and staff and police are appealing for any sightings of or information about the man.

Museum development and planning director Clare Wilson said staff were horrified and saddened by the theft.

"When someone steals from a public institution it's not just one person affected. Really, they are stealing from the whole community," she said.

The exact age of the fossil is unknown, but it is a hadrosaur egg from the Cretaceous period, from 145 million to 65 million years ago.

It was collected in the Henan province in China and sold to the museum by a Nelson fossil supplier.

Museum property services co-ordinator Joel Oldridge said there was a security camera network throughout the building.

Camera footage of the theft showed that it was not opportunistic, he said.

The egg was on display about a metre inside the store's entrance.

"He walked straight up to it, looked to see no-one was watching, put it in his bag and walked out."

Staff noticed the fossil was missing a few minutes later.