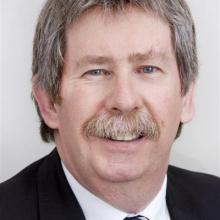 Richard Thomson
A departing Dunedin city councillor has called for a fresh look at how quickly the city pays off debt as the council continues to eclipse repayment targets.

In the wake of the council's better than expected debt position, Cr Thomson said the new council should look at rethinking its financial strategy and discuss what an ''appropriate level of debt would look like''.

''That discussion has not really been had.''

The council's financial strategy had been driven ''very much, over the last few years, around debt reduction''.

The next council should consider placing a higher priority on asset maintenance and renewal.

After the meeting he told the Otago Daily Times the need to take a look at the strategy was brought forward by the council's better-than-expected debt position.

Coming to a conclusion about what was an acceptable level of debt would make it easer to make potentially costly decisions about investment in South Dunedin's infrastructure.

He said the council had outperformed its debt targets for a range of reasons, including:

Some assets identified as surplus to requirements, including the Caledonian, had been sold off, with proceeds going to debt repayment.

Better than expected council surpluses meant money could be redirected to debt repayment.

Better treasury management, with more care going into the timing of what needed to be borrowed.

Money which had been kept in the bank was put towards debt repayment.

Rather than giving the council more freedom to invest in ''nice to have'' projects, its better than expected debt position would make investment in necessary projects, such as South Dunedin, less painful.

Cr Thomson was inspired to make his parting comments after Cr Jinty MacTavish said the council should look at the possibility of reinvesting the money from asset sales into parks and recreation as opposed to automatically repaying debt.

Councillors were full of praise for the good work staff were doing to keep debt down, with Mayor Dave Cull also praising councillors for showing good discipline when it came to spending.

''This is an excellent result and I think council can take considerable pride [from it],'' Mr Cull said.