Time for a joint effort 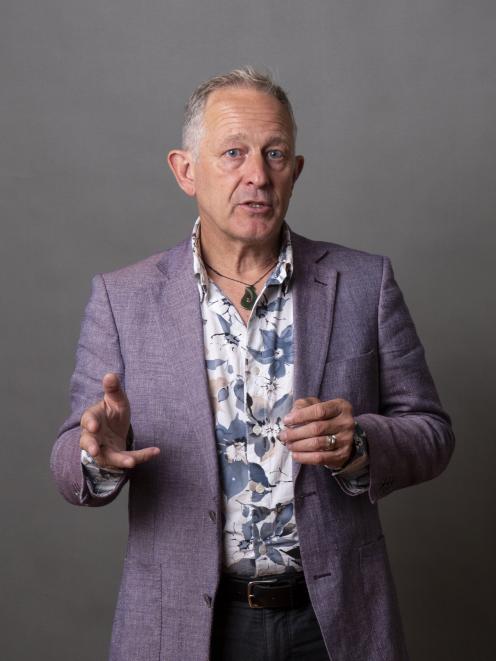 Each year, more and more New Zealanders get osteoarthritis of their hips or knees and New Zealand is not delivering to patients and the public health system the most recommended treatments, according to the international clinical practice guidelines.

"The burden is increasing because injury and obesity rates are rising, the age of onset of osteoarthritis is getting younger, and people are less active and living longer.

"It’s a major problem for the health system."

"Research has clearly shown what we should be doing to manage this huge burden of osteoarthritis, but our health system is failing to deliver what is most recommended.

"We need to change this."

He has created a fundraising page and is undertaking a 30-day, 3000km cycle trip from Cape Reinga to Bluff to raise awareness of the need to provide recommended therapies, including exercise therapy, for osteoarthritis throughout the country.

Since 2002, it had been known that exercise therapy reduced osteoarthritis pain and disability.

However, in New Zealand this therapy was still not being delivered or publicly funded routinely.

Dunedin osteoarthritis researcher Prof Haxby Abbott at the top of Mt Eden/Maungawhau in the early stages of his cycle trip. PHOTO: SUPPLIED

His most recent research showed that if an evidence-based exercise therapy programme was provided nationally for people with osteoarthritis, it would cost a maximum of about $25million annually, but would generate savings to the health system and health gains of more than $400million each year.

Some significant barriers still had to be overcome, but he was "optimistic we’ll make progress" in achieving the improved treatment.

The Government had already responded to the problem by allocating $6million in the 2015 Budget to a pilot programme to improve early intervention for musculoskeletal disorders, mainly osteoarthritis, he said.

Otago health economist Dr Ross Wilson and Prof Abbott were on the evaluation team for the Ministry of Health pilot programme and they were analysing the outcomes data at present.

A management of osteoarthritis trial conducted earlier in Dunedin (2009-14) indicated that, if this were provided nationwide in primary care, it would save the health system about $1164 per person over 5 years.

That would save about $6billion dollars over the lifetime of the present population with osteoarthritis.

Either on a bicycle or speaking at a scientific conference, Prof Abbott is both pedalling and peddling his message that rates of osteoarthritis are rising rapidly and the health system is not delivering the recommended treatments efficiently.

Ironically, the best way of treating thousands of New Zealanders living with painful joints, given that a lot of treatment focus had been given to drug treatments and surgery — including joint replacements — was not drugs or surgery.

"The three most-recommended first-line treatments are education and advice, exercise therapy, and weight loss where indicated," he said.

"Exercise therapy has the greatest benefit, greater than pain relieving medications, and without the harmful side-effects.

"The international best-practice guidelines put drug therapies as a second-line treatment, because they are not intended to help the arthritis itself, just to mask the symptoms, and have a range of harmful side-effects."

Joint replacement surgery was the last line of treatment, after the first- and second-line treatments had all been adequately tried, but the symptoms had continued to worsen.

Osteoarthritis was a leading contributor to health problems and costs in New Zealand.

Prof Abbott and Dr Ross Wilson, a fellow researcher in the Otago University department of surgical sciences, have pointed out that the burden of osteoarthritis was rising because of an ageing population, rising obesity, increasing injury rates and earlier onset of the disease.

Research by the two men and colleagues showed the number of people with knee joint osteoarthritis had been increasing rapidly since 2013, when 280,000 New Zealanders experienced the disease.

The researchers estimated that, on current projections, more than 500,000 people would have osteoarthritis by 2038.

This meant "huge health problems for many" and increasing demand for joint replacements.

Prof Abbott said the cycle tour was going "great"and had already attracted some media exposure on the issue of osteoarthritis, as well as donations for OA research — more than $3000 at an early stage of the tour.

He was also "enjoying this wonderful way of seeing our beautiful country", he added.