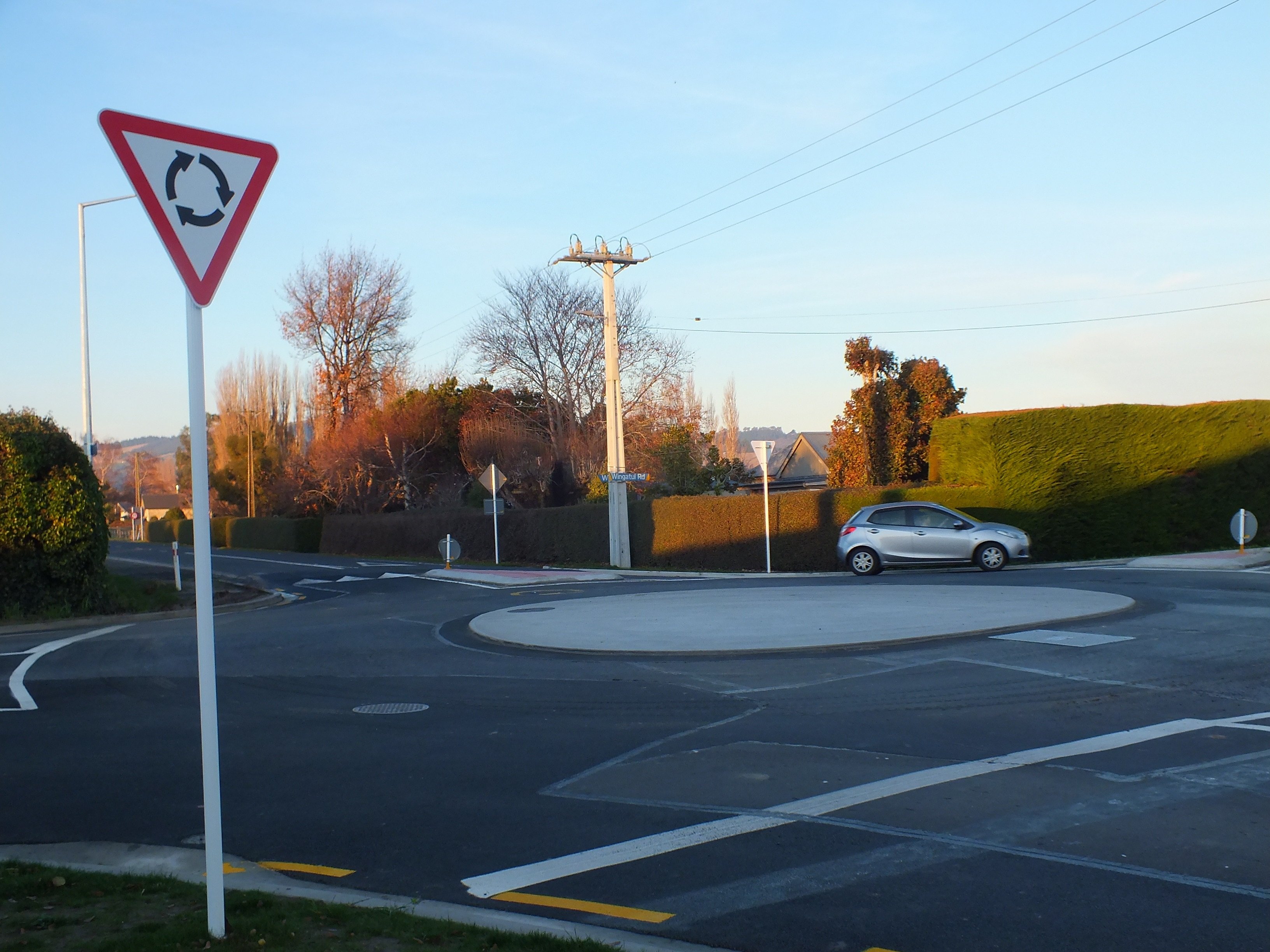 Presenting his concerns during the public forum at last week’s meeting of the Mosgiel-Taieri Community Board, Mr Cochrane said, ‘‘This is a totally unacceptable situation, totally stupid.’’

He was unhappy about three aspects of the roundabout: the ‘‘excessive’’ height of the humps before the roundabout; poor visibility because of hedging on a nearby property; and the fact the seal was already deteriorating.

Speaking about the humps, Mr Cochrane said their height meant bright lights, even if dipped, could cause motorists to be blinded, creating an unsafe situation.

‘‘We need to remove all these humps,’’ he said.

Board member Brian Miller added his concerns about the hedges, saying police had recommended they be cut but it had not been done.

Later in the meeting, the roundabout was discussed by the board, Brian Peat pointing out: ‘‘This is a major intersection’’.

Mr Miller repeated his concerns about the hedges and Dean McAlwee offered to discuss the matter with the landowner.

Attending the meeting was senior Dunedin City Council officer Jeanine Benson, who said a post-construction safety audit on the roundabout was due to be done and that concerns could be addressed then.

The humps are great. They slow down the arrogant drivers who 'bull rush' the intersection preventing other motorists from lawfully entering the roundabout. This is what happens when we have stupid drivers, we get stupid humps.....and we all suffer the situation.

Just a couple of questions I'd like the answer to :

a) What criteria is being used to determine whether traffic management is required ?

b) Who is responsible for the design, what are their qualification and how many years experience have they had ... prior to working for the DCC ?

I'm afraid that some of the measures being taken are just plain wrong and the mistakes being made are just too simple to have been designed by someone with a few years experience in traffic management. Some have included roundabouts that emergency vehicles, buses, trucks and some bigger 4WD vehicles are unable to negotiate, requiring unnecessary expenditure of ratepayers money in order to correct.

Simple things like how someone's hedge restricts vision ... why was this not picked up at the design stage and the property owner approached then. Now the DCC in in the position of having to somehow persuade the landowner to modify their hedge which probably reduces the traffic noise and probably helps with privacy.

I'd also like to know the costs associated with the many traffic management measures that have had to be modified due to design faults.

So why are you asking here.?

Surely you would be best to ask DCC direct if you truly want to know these things?

You won't find any experts on the ODT forums (only self-proclaimed ones).

It has become patently obvious that there aren't any experts in the DCC, that is why the situation is as it is. You may have missed that very important point? Based on the long list of failed projects, people will vent their frustration publicly on forums such as this.

Surely a 'pre-construction safety audit' would have been a more sensible and cheaper option.