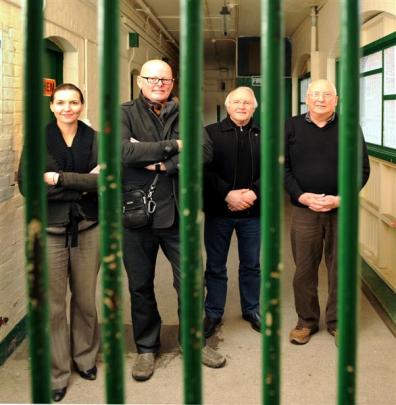 Dunedin Prison Charitable Trust trustees (from left) Sarah Girvan, Ian Butcher, Terry Hearn and Stewart Harvey, inside the former Dunedin Prison which they are planning to convert into a tourist attraction. Photos by Stephen Jaquiery. 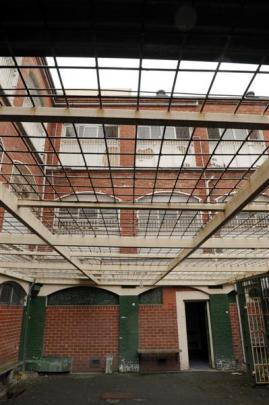 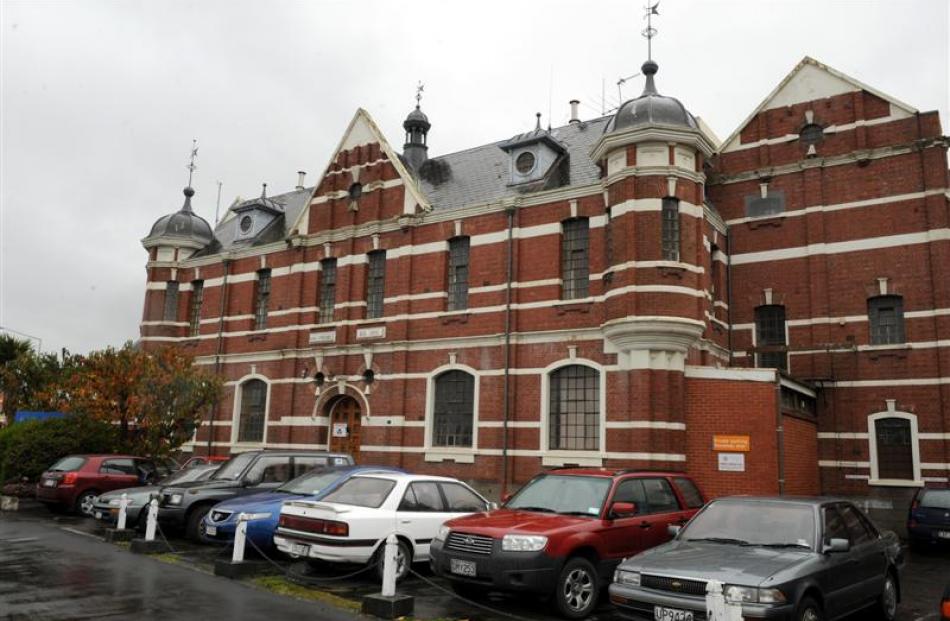 Ambitious plans for the 116-year-old Dunedin Prison have been locked down, with confirmation the historic property has been sold to a trust intent on transforming it into a tourist attraction.

The Dunedin Prison Charitable Trust has bought the property for an undisclosed sum, after Ngai Tahu deferred its first right of refusal to buy the surplus Crown property.

Trust chairman Stewart Harvey said the sale was the culmination of a year of discussions between both parties, and the trust was "extremely grateful to Ngai Tahu for their generosity and co-operation".

The trust was now able to begin fundraising for the estimated $2.6 million needed for the first stage of the prison redevelopment; with the ground floor likely to include a cafe, office areas, function areas and a "prison experience" tour.

It was envisioned the first stage could be completed by the end of next year to capitalise on the cruise-ship market, and the prison's location between the Dunedin Railway Station and the upgraded Otago Settlers Museum, he said.

"It all depends how long it takes us to raise the money to do the things we want to do."

On securing ownership, the first objective for the trust was to have a conservation plan completed for the category one historic building.

It was important to maintain the "heritage fabric" of the prison, but the courtyard was likely to be transformed - with the installation of a glass atrium - into a cafe to attract visitors and locals.

"You already have the beginnings of a historic precinct and the prison could be a really significant addition."

A 2010 feasibility study by project management company OCTA confirmed the trust's belief that, funding permitting, the prison could be transformed into a commercially successful multi-function venue.

One of the oldest prisons in New Zealand, the Victorian-style courtyard prison was decommissioned in 2007 as it did not meet the Department of Corrections' security standards, and was replaced by the Otago Corrections Facility at Milburn.

At the time of its closure, it accommodated about 59 medium-security prisoners and 40 remand prisoners, but had a unique and fascinating history, Mr Stewart said.

"There are tonnes of stories here."

There was no interest in turning the building into a backpacker hostel like other former prisons, as "we want a top-rate experience ... the best in the world".

Parts of the prison, including the holding cells, isolation wing and gallows, would be preserved in their original state and would form part of the tour.

In order for the venture to succeed it had to "pay its way ... otherwise it is dead in the water", Mr Harvey said.

The trust was confident it could raise the funds for the capital costs, such as lotteries and gaming grants, and wanted to hear from anyone interested in donating money or time to the project.

Following completion of the first stage and "getting punters through the door", the trust would look at starting the second stage, involving restoration of the second floor, he said.

Ngai Tahu Property along with with two local runanga, Te Runanga o Otakou and and Kati Huirapa Runaka ki Puketeraki, congratulated the trust on its purchase and plans to convert the prison into a major attraction.

The iwi confirmed it would retain its right to purchase the property in the first instance if the trust decides to sell on the property.

The public will have a chance to tour the prison when a community open day is held on a yet-to-be-confirmed date.