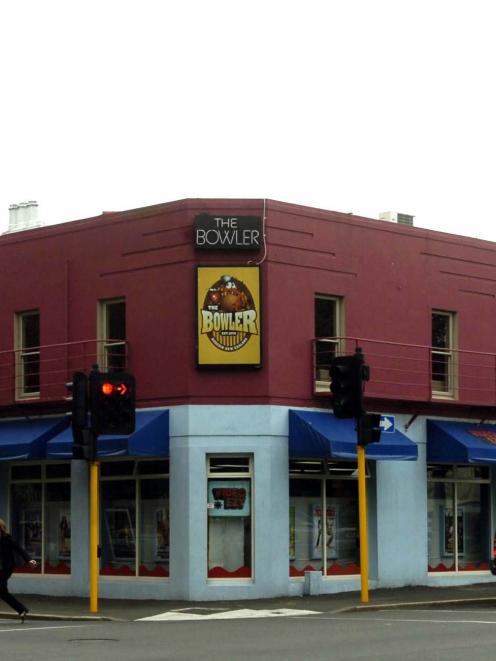 Historic "student pub" the Bowling Green Tavern has been bought by the University of Otago and will be turned into academic offices to meet the university's "pressing need" for research and teaching space.

The announcement about the fate of the often notorious student pub, situated on the corner of Frederick and Cumberland Sts, was made by vice-chancellor David Skegg at the university council meeting yesterday.

University property services director Barry Mackay said the building would be converted to office space for academics from the health science department and would be renamed. The car park would remain.

It was expected the space would be available for use by the end of the year.

He declined to reveal how much was paid for the building as it was "commercially sensitive".

Prof Skegg said the university could draw satisfaction from the fact the pub, which has operated under various licence holders since 1878, would be helping to meet the university's need for more space for research for the health sciences.

"Under university ownership, this building will no longer operate as a liquor outlet.

"The Bowling Green Hotel was a historic student pub, but it has been involved in some inappropriate promotions in recent years," Prof Skegg said.

In February 2007, emergency services and the university were horrified when the general manager of the "Bowler", Mark Deason, had 15,000 pamphlets printed advertising a swap petrol-for-beer promotion, offering the chance to win a petrol-soaked couch, complete with matches.

Along with the sofa, the promotion offered to swap punters a litre of beer for a litre of petrol.

Mr Deason faced a charge of sedition for the act, which was later dropped due to insufficient evidence, but the bar was ordered to close for three days by the Liquor Licensing Authority.

Problems had started early in the 11-year tenure of Mr Deason, with an opening special in 1998 which offered beer for 5c a can.

The pub was closed for a further two days in February 2008 after being found with intoxicated patrons on its premises, including one found slumped forward with a pool of vomit around his feet.

In 2004, the bar was criticised for its Wife Beater Wednesday promotion, the marketing manager who came up with the idea being later sacked.

The most recent headache for Mr Deason was a reduction in opening hours to 1am due to noise affecting patients at Dunedin Hospital.

About $60,000 worth of alterations would have been required to soundproof the building and obtain a late licence, something the property owner refused to assist hotel owner RoseHill Properties Ltd with.

The 131-year-old hotel was established by Edward Holmes, who was the licensee for three years. Many Dunedin people remember the hotel as Zouga Ballantynes family restaurant in the 1980s.

There would be an auction of the lessee and vendors chattels on March 24, Mr Mackay said.