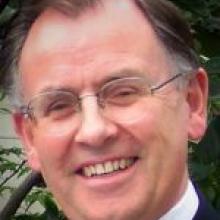 David Richardson
The University of Otago does not have an "agenda" to buy licensed premises in North Dunedin, but could never categorically rule it out, student services director David Richardson says.

The university's opposition to licensed premises in North Dunedin has been in the public spotlight recently.

In March, the university bought the Bowling Green Hotel and announced it would turn the building into research and teaching space for the medical school.

Last week, before the Liquor Licensing Authority, it opposed the renewal of the Captain Cook Tavern's licence.

Mr Richardson said it opposed the application for licence renewal for the Captain Cook Tavern because of the "very negative impact" the Cook-a-thon promotion was having on university life and the area.

There was also the issue of backing the message about the harm such promotions did to young people by encouraging excessive drinking.

He said the university had only ever spoken out about licensed premises when it felt their management was disrupting campus life.

In early 2007, the university opposed an application by the owners of the Gardens Tavern, on Castle St North, to extend its opening hours from 11pm Sunday to Thursday, and 12pm Friday and Saturday, to 1am every night of the week.

The hours were not extended.

Mr Richardson said since the introduction of Campus Watch, issues with the migrating crowd leaving "the Gardies" had declined significantly.

He said the university had "no plans on buying anything", although added if it did, it would be commercially sensitive.

In general, the university did not have a problem with licensed premises in the North Dunedin area, nor the way they were managed.

There were concerns about the excessive promotion of cheap alcohol, but legislation was needed to change that.

Changes to the Sale of Liquor Act recommended by the law commission could mean the most significant changes to the drinking culture in more than 15 years, and he expected that would be felt in North Dunedin.

"We have established an environment which provides better safeguards for both the university and for individuals".

There was a big risk of harm for the university's reputation if the situation go out of control, and the university was well aware of that, he said.

"The moment people starting saying `this is a negative place' then we could be in big trouble."