By Hamish MacLean
0 Comments
Much of the North East Valley Anglican Church hall demolished this week which it is hoped will make way for social housing has been salvaged for future church restoration projects — and for smoked meat.

Builder and engineer Peter Mason, of Dunedin, said the salvage work he had undertaken at St Martin’s Hall, in Northumberland St, over the past two days was "extremely" worthwhile despite an early assessment the untreated Oregon timber trusses in the building were "full of borer".

"Ninety percent of the building was borer-ridden," Mr Mason said. 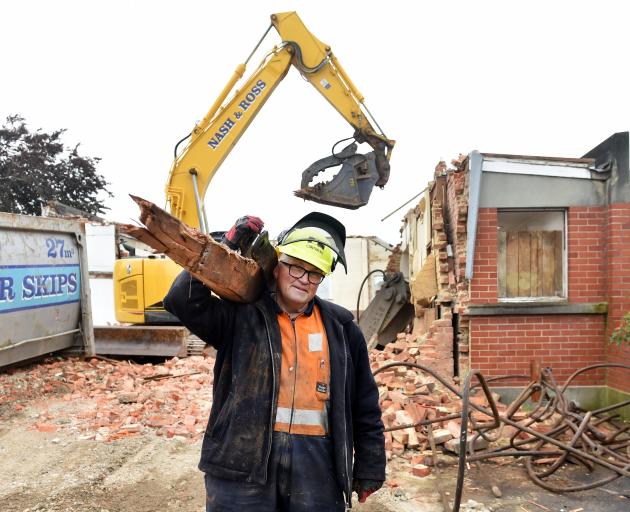 Builder and engineer Peter Mason, of Dunedin, carries one of 20 beams he salvaged from the demolition of St Martin’s Hall in Northumberland St in North East Valley yesterday. Photo: Peter McIntosh
"I did an assessment of the building early on and decided if they didn’t react well to the digger probing at them, which they didn’t in the first instance, they weren’t worth salvaging."

However, the second reason to be interested in salvaging material in the vacant building was the ironwork, which he said could be re-used in his restoration work at the All Saint’s Anglican Hall, in Cumberland St, he said.

Mr Mason also took away about 2 tonnes of rimu and pine for minor projects.

But the 100-year-old Oregon timber trusses originally destined to be firewood had already been spoken for, for the production of smoked meat and smoked ham, he said. 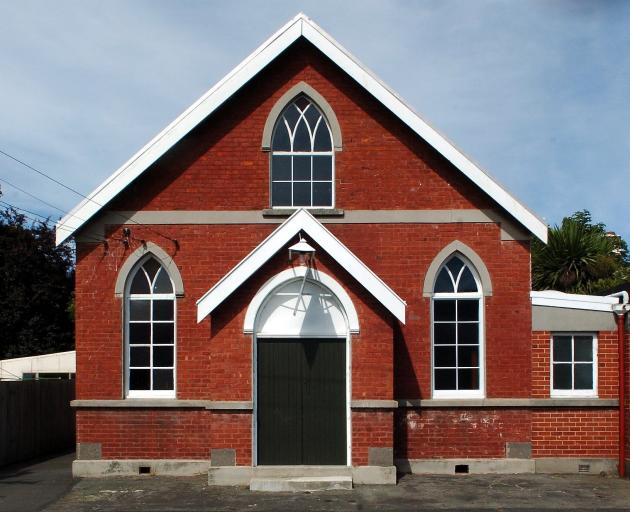 This 2010 file photo shows the now demolished St Martin’s Hall before it was vacated. Photo: Gerard O'Brien
The old hall was deemed to be a seismic hazard in 2013.

The church received a quote of $50,000 to strengthen the hall, which it considered too high when it had other facilities to use.

Once built, the Habitat for Humanity housing will add to those the parish already owned, in Cumberland St next to the All Saint’s Church.