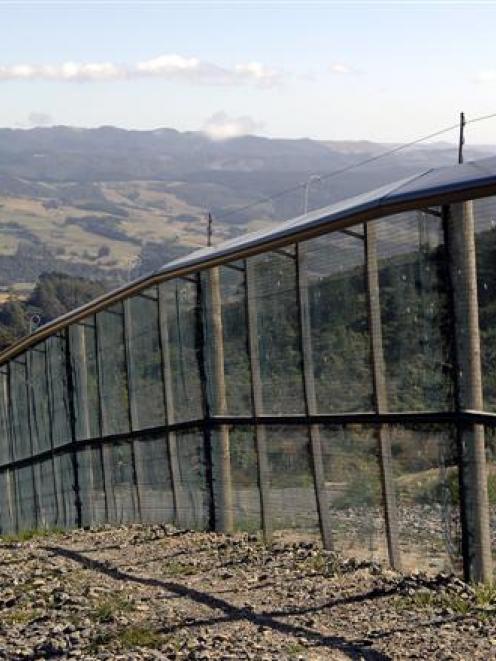 Vandalism of Orokonui Ecosanctuary's predator-proof fence has left the enclosure vulnerable to pests on two occasions.

The $2.2 million, 8.7km pest-proof fence was constructed in 2007 around 307ha to keep pests such as mice, rats, stoats and possums out, so vulnerable species could flourish without the predators which reduced their numbers in the wild.

Ecosanctuary general manager Chris Baillie said twice in the past two months vandals had attempted to jemmy open a gate on the western side of the fence.

"In doing so they have left a gap underneath which could have allowed mice and possibly rats to get in."

The gap was not big enough to allow stoats or possums in and it was not yet known if any mice or rats had got in, she said.

It was worrying for staff.

"It creates a lot more work for us to respond to any breaches."

They had many security provisions for the ecosanctuary, including having volunteers walk the fence twice a week and regular staff checks, Ms Baillie said.

An electronic surveillance wire alerted ecosanctuary staff 24 hours a day if anything hit the fence or if a gate was opened.

The vandals had reached the predator fence by climbing a stile over an external fence which prevented vehicles from getting to the main fence.

In doing this, they had tripped a sensor outside the fence, she said.

It was the first significant vandalism the ecosanctuary had experienced and she hoped if anyone saw anything suspicious around the fence they would contact police or the ecosanctuary.