By John Lewis
0 Comments
An American journalist stands at the end of a narrow, pot-holed street in Nicaragua.

He's talking to a soldier, while being filmed from a car at the other end of the street.

Suddenly, the journalist is on his knees and the soldier shoots him through the head.

As the footage of the 1970s Nicaraguan Revolution finished, the studio cameras zeroed back in on New Zealand Broadcasting Corporation (NZBC) Network News presenter Dougal Stevenson, who paused ever so slightly before continuing with the news.

He knew what the previous story was about before the news broadcast started, but it wasn't until he saw the footage that he realised he knew the journalist who had just been murdered. 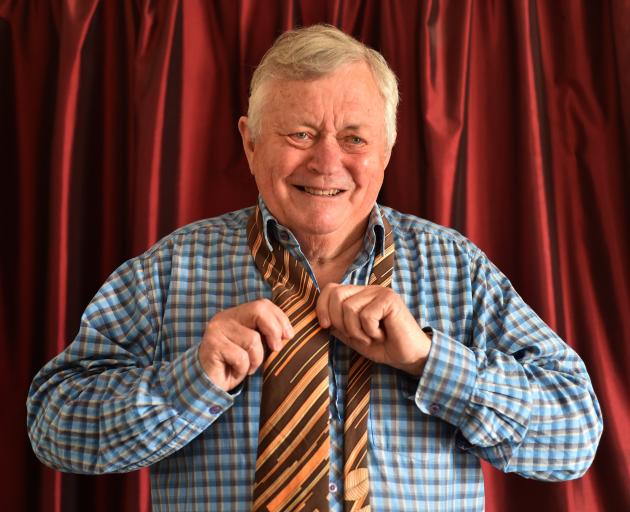 It was one of the most harrowing broadcasts of his career, and one that required every ounce of his professionalism to keep his emotions under control.

"That just stunned me," Stevenson said.

"This was a guy I had been talking to just a few months before.

"He was passionate about the television journalist art, and I learnt quite a bit from him about 'the story' and about how Americans approached 'the story'.

"I had to watch the shooting, and then the cameras came back to me. I just had to take a deep breath and carry on with the next story.

"The viewers knew that you were affected by these things and you never completely disguised it. But you didn't provide them with the reaction."

They were very different times, he said.

It wasn't until after the broadcast that he had a moment to process what he had just seen.

"This is the reality. This is the world. This is what goes on out there. He just happened to be in the wrong place at the wrong time."

The former DNTV2 regional news presenter had the honour of being the first person to read the national news bulletin, which was broadcast by the NZBC (the forerunner of TVNZ) at the Taylor St studio in Wellington, on November 3, 1969.

"I don't remember that first broadcast. And in fact, for quite some time, I couldn't believe that it was actually me that did it because there's no footage of it.

"I thought it would have been Bill [Toft] or Philip [Sherry] because they were more senior.

"I'm surprised I don't really remember it. But in that culture, there wasn't a hell of a lot of room for a lot of brouhaha and celebration.

"There would have been an atmosphere of: Let's not get out of control here. Let's just do the job and get on with it."

The profession avoided showing emotion "at all costs" during the late 1960s and 1970s, he said.

It could end a broadcasting career if a presenter were to laugh or cry on air - or heaven forbid, fist-pump in celebration of a verdict while covering a court trial. 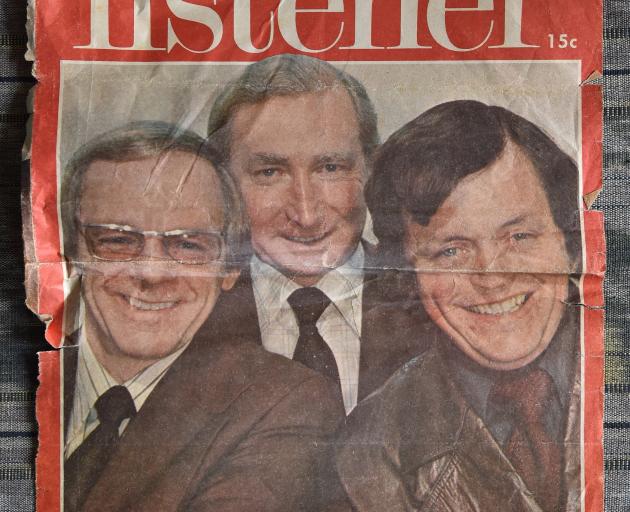 The faces of the news, Bill Toft, Philip Sherry and Dougal Stevenson.
"I only ever saw it once in my time, and that was when the Wahine sank.

"An announcer was on air and began to weep a little - lose control.

"Under those circumstances, it would seem to me to be quite understandable. But as a professional, you must remove that.

"Here's the story. You the viewer, can react in whatever way you want. We're just here to give you the facts.

"We're not inhuman. We too feel this, but it's not for us to lead the mourning."

He recalled the professionalism of fellow news presenter Bill McCarthy who was on news-reading duty the night of the Erebus disaster.

"He handled it wonderfully well. I can't say that some other people would have been so calm about it."

Perhaps, one of the reasons why so many New Zealand families tuned in to watch Mr Stevenson read the news each night was because he appeared to be a little more relaxed at times.

He was well known for lifting an eyebrow during broadcasts, which hinted at what he thought about some stories.

"In certain stories, you could get away with it because they were more light-hearted, comical stories."

Looking back on the past 50 years of national news broadcasting, he said there had been a major change to the language used today.

It was not as "careful" as it was in the early days of the NZBC.

"Someone was always in the background, listening to the broadcasts and picking up problems with pronunciation, phrasing and grammar.

"Week by week, various memos would turn up, listing all the mispronunciations heard on air that week."

He said watching today's television news could be "infuriating" at times.

"I used to joke - and some people took me seriously - that I had a television screen with mesh attached to the front of it, so I could sit on my couch with a bag of rotten vegetables, like a cabbage, and biff it at the screen until I had this coleslaw of contempt dripping down the front, on to the floor.

"It's only infuriating sometimes because of what I was brought up to do in the business, and how very careful you became.

"You get so many mispronunciations now. It irritates you.

"People say the language is always evolving, but that's no reason to discard the past.

"They should respect the language more."

He said the collection of information for news and current affairs broadcasts was also very different today.

"It's much looser now, and the public has an expectation that presenters in news and current affairs will ask 'the hard questions'.

"That wasn't so, initially. It was a fairly cautious and constrained NZBC.

"If you wanted to speak to a government minister or a person in a position of power, you had to send a list of questions beforehand. They would respond by saying they would answer this, but they wouldn't answer that."

It was very much a "public service" mentality, and the viewer was not used to people asking those uncomfortable questions, he said.

"There was quite an outcry when journalists started doing that. People would say, 'You can't ask the minister that. How rude and disrespectful'.

"It took a while for that side of broadcasting to gain momentum and become the accepted.

"There were some very, very courageous journalists at the time who really stuck their necks out.

"Today's television journos owe a hell of a lot to those people, because they broke through."

Sitting in his home, there are no photos or objects on display to suggest he was a television celebrity for many decades.

One of the few things he still has from his time at NZBC Network News is the tie he wore on his last broadcast for Television One news on February 20, 1980.

He has always been a fan of dressing smartly, which meant wearing a pressed shirt and tie. There is even photographic evidence on the front cover of a Listener magazine of him wearing a shirt and tie with a leather jacket.

After digging the memento out of storage, he said changing fashions meant he had not worn the tie since his last broadcast, but he could not give assurances it would never be worn again.

"I'm not sure. It might come around in fashion again."