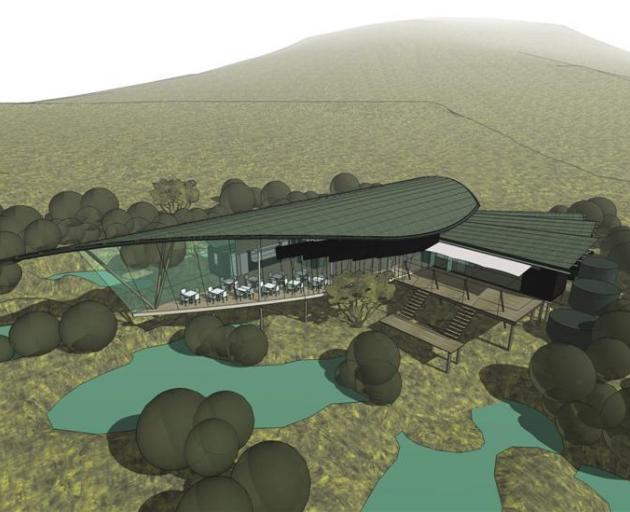 The ecosanctuary is seeking resource consent to build a 560sq m visitor centre on Blueskin Rd.

The proposed design employs a series of shipping containers linked together with timber flooring and covered by a single, lightweight, atriumcanopy roof.

The atrium was designed to accommodate 50 people at one time and to function as a multipurpose area for visitors, with separate rooms dedicated for presenting displays, seminars, a reception area, a shop and toilets.

Two external decks were planned extending to the north, with a series of ponds and wetland around them.

Bruce Bohm, from Waitati, described the proposed centre as a ‘‘flamboyant glasshouse'' in his submission and questioned whether shipping containers were acceptable in a rural environment.
Nearby farmers Raewyn and Ben Waller were concerned the activities associated with the ecosanctuary did not impinge on existing farming activities, such as topdressing.

Blueskin Projects Ltd said the pestproof fence had left a permanent scar on the landscape and the addition of further prominent and obstructive features was unacceptable.
Council senior planner Campbell Thomson said in his report to be considered by the hearing panel that granting consent for the proposal would promote the sustainable management of natural and physical resources.

The proposed land use would not have significant adverse effects on the environment, and conditions of consent could be imposed that would mitigate those effects, he said.

‘‘I consider the rural amenity values and overall quality of the environment will not be diminished, and over time, may well be enhanced.''

He recommended granting a restricted discretionary activity to operate the visitor centre, subject to conditions, including keeping the reflectivity of the atrium windows to 10% or lower, keeping outdoor lighting to a minimum and that three staff car parks be provided alongside the 20 visitor parks.

Another condition was that the proposed wastewatereffluent disposal system be modified, if required, to accommodate greater wastewater flow than anticipated, and to ensure a greater separation between the discharge irrigation area and the Orokonui Stream.

Before the project could could begin, an archaeological assessment had to be undertaken to determine whether the construction process would disturb archaeological deposits.