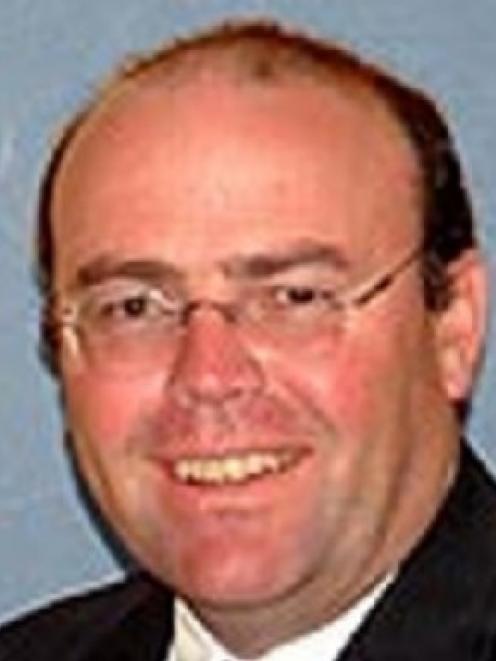 Richard Thomson
A suggestion Dunedin Hospital could employ someone to advise people in the emergency department waiting room about their options for treatment was not supported at the Otago District Health Board meeting this week.

The idea came from board member Peter Barron during discussion about the number of patients who attend the department when they could be treated elsewhere.

He asked whether some of the marketing budget could be spent on putting somebody in the waiting room, "not to triage them but to educate them".

Chairman Richard Thomson said he saw that as an opportunity to "get something spectacularly wrong".

He could see the letters to the editor when "someone brought in on life-support is handed a brochure".

Chief operating officer Vivian Blake said when there were many patients in the waiting room, staff advised them there would be a long wait and informed them about the alternatives.

Deputy chairwoman Susan Johnstone asked if there were any signs in the waiting room about the Dunedin Urgent Doctors and Accident Centre services.

The survey had shown some ignorance among emergency department users about the services offered by the centre.

Mr Thomson said the research carried out in April to see why patients chose to seek treatment at the department showed the largest number of people who came there without considering alternatives were the 15 to 25-year-old age group.

The board's marketing should address that.

This group needed to go through some kind of triage process before they got to the department.

Mrs Blake said consideration was being given as to how best to reach the age group.

Mr Thomson said it could be difficult since they were a group which "can't see they've left dishes on the table".

Board chief executive Brian Rousseau said the problem of inappropriate emergency department attendances was not unique to Otago.

The ways other centres dealt with the issue would be explored in a meeting with the Ministry of Health on Monday to discuss potential solutions.

Dr Sijnja said while the primary health strategy had improved daytime access to health services, the vexing problem of after-hours access had still to be resolved.

One of the issues was that "old guys like myself" were the ones prepared to provide 24 hour/7 days a week care, but younger doctors did not want to work those hours, he said.

Mr Barron said it seemed health professionals were the only ones in the community dragging their feet on extended services.

Dr Sijnja said services had been extended, but it was the night shift which was the problem throughout the country.