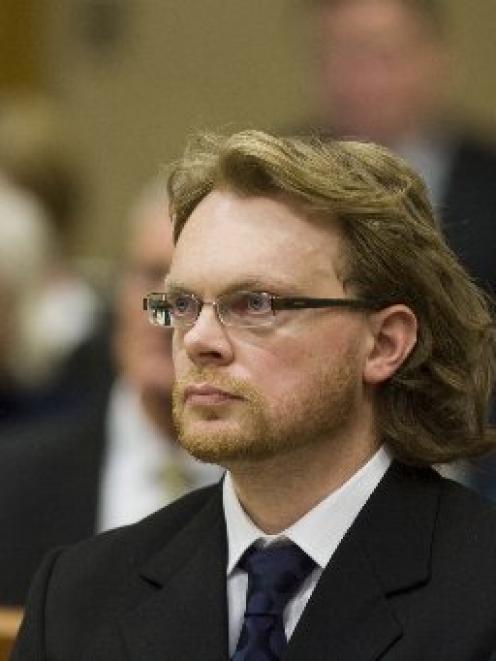 Two highly experienced psychiatrists will be called by the defence to describe Weatherston's complex personality characteristics which rendered him unable to cope with the situation which confronted him in Sophie Elliott's bedroom that day.

Opening the case for the defence, Greg King told the court Weatherston would be giving evidence in his own defence.

According to Dr David Chaplow, the director of Mental Health for New Zeaalnd, the accused was vulnerable to a propensity for narcissistic rage because of his obsessionality and narcissism.

Weatherston's optometrist was also being called to give evidence about Weatherston's very poor eyesight without his glasses, Mr King said.

Weatherston would say events really came to a head when he says Sophie, no doubt also at her wits end, screamed at him and lunged at him with scissors knocking off his glasses.

"That left him exposed and vulnerable. And he lost control and reacted."

"There was no dispute his actions make him guilty of an extremely serious criminal offence, but the question for the jury was whether it was properly classified as murder or manslaughter."

The defence of provocation was a concession to the frailties of human nature when even ordinary, decent people can lose the power of self control, Mr King said.

"Nobody was suggesting he should be allowed to walk away from this courtroom a free man. Don't forget when the charge was put to him at the start of the trial, he pleaded guilty to manslaughter."

A verdict of manslaughter in no way trivialised or minimised what had occurred, Mr King said.

The defence was not suggesting Sophie's life worth less than Weatherston's, or minimising what occurred or the grief and trauma her family and friends have experienced and will continue to experience.

"And not suggesting she was in any way to blame for what happened to her. It suggests the extreme state of mind Weatherston was in when the events occured," Mr King said.

The Crown says he was a cold blooded and premeditated killer who went to Sophie's address armed and ready to kill.

The defence says that's ludicrous. It said provocation robbed him of self control and he killed her because he lost control as a result of things she'd done in the volatile up and down relationship the pair had been in.

Weatherston is on trial at the Christchurch High Court for the murder of his ex-girlfriend Sophie Elliott, 22, in the bedroom of her Dunedin home on January 9 last year.

At the close of the Crown case today, Crown counsel Marie Grills read to the jury an agreed list of facts.

The statement was prepared so some witnesses did not have to be called, Mrs Grills said.

Clayton Weatherston's defence lawyers have agreed the knife used to kill Sophie Elliott belonged to the accused and he had it with him when he arrived at Sophie's home shortly after noon on January 9, 2008.

Also agreed was that Detective John Hedges, who took a written statement from the Crown witness Erin van de Water, did not recall her saying, either in the statement or in her deposition, that Sophie had demonstrated to her the action of putting her arm across her throat while describing what she told the witness Weatherston had done to her the previous week at his flat.

The final agreed fact was that Weatherston was employed at Treasury between August 2002 to July 2003.