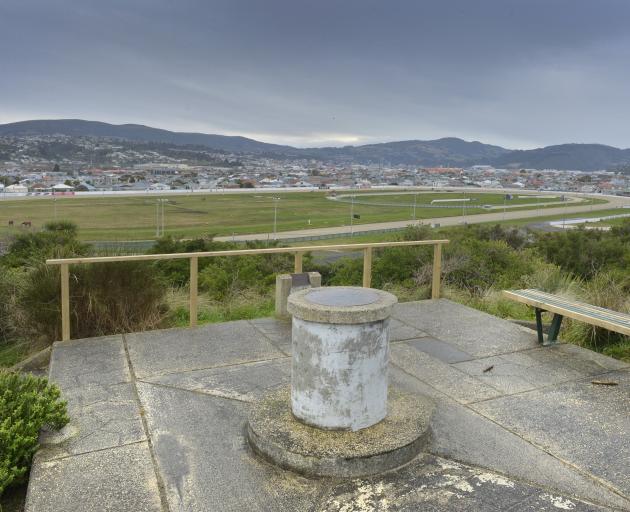 He probably would have if he'd put his mind to it, but there you go.

Sir Jim did a lot of other things, and exhibited a creditable amount of derring-do in the process.

He joined the Royal New Zealand Air Force in 1940, qualified as a navigator and bomb aimer, and joined the No75 (NZ) Squadron.

In 1942, he was shot down over France, and spent three years in German prisoner-of-war camps, putting pressure on German resources by helping fellow prisoners escape.

He received various punishments, including a sentencing to be shot, but made it through the war and onwards to a career in athletics and local politics.

But he did not invent the Barnes Dance.

Henry A. Barnes also did not invent the Barnes Dance.

The American traffic engineer and commissioner served in many cities, including Flint, Denver, Baltimore and New York City.

He was responsible for a host of innovations in applied traffic engineering, including the ``green wave'' of co-ordinated traffic signals and the introduction of bus lanes.

He did not invent the Barnes Dance, but he was a committed advocate of the idea, and he introduced it into his home town of Denver, Colorado, in the late 1940s.

Therefore, the Barnes Dance is named after Henry A. Barnes.

So good on him.

Coincidentally, the Barnes Dance was recently reintroduced to Dunedin.

For those who haven't set foot in the central city recently, the intersection-crossing technique allows pedestrians from all sides of the road to cross the road in all directions at once, including diagonally, at the same time.

That freedom of movement is a heady release from the days when only one crossing option was available at any one time.

For Dunedin people it has been an emancipation, a ticket to finally cut oneself loose from the constraints of a direction pre-set by faceless authorities to an almost limitless freedom of choice.

Off the gutters they step into a tarseal field with no limitations, the sharp tips of their footwear like the inquisitive nose of a tiny mouse, sniffing out new possibilities, hesitating, then with increasing confidence steering a path across George St.

Out they sail, initially, from force of habit, taking the direct route across the street, before remembering the diagonal option, and veering sharply from their initial course, heading off to the centre of the street.

There is a grand rush of the pleasure of unhampered movement, but all that is quickly forgotten as the unseen hazards of the Barnes Dance become very quickly clear.

Because the journey from footpath to footpath across the no-man's land of briefly abandoned asphalt has its dangers.

Two, three, perhaps even four people have simultaneously stepped from the four corners of the intersection, heading towards the centre of the road.

Two, three, perhaps four steps into their expedition they all become aware of each other, and the dance really begins as the certainty of imminent collision becomes alarmingly clear.

In their minds, a multitude of simultaneous equations emerge as they calculate the rapidly decreasing distance between four clusters of pedestrians all headed for the same spot at the same time.

Subconsciously, up to a dozen pedestrians lay complex grid patterns across the intersection, desperately trying to decide which grid may be empty as they reach ground zero.

All 12 begin to introduce modifying features to their perambulation, barely noticeable half-steps, hops and tiny shuffles, sidesteps and veering motions as they try to change direction, slow or speed up.

But inevitably the four groups meet in a host of awkward moments, half-uttered apologies, stern looks and unwanted and unexpected physical contact with strangers.

Eventually, with bruised elbows, skinned knees, bloodied noses and the odd exchanged phone number among the young and romantically active, they untangle themselves and make it, slightly damaged but strangely excited and with a feeling of liberation, to the other side.

And there they stand, slowly turn, push the big metal button and steady themselves for another go.

Perhaps the city will become addicted to crossing diagonally.

Perhaps crossing the road diagonally when their destination really requires them to take a straighter route will lead to tiny changes of fate for Dunedin residents that will unfurl across the space-time continuum and grow exponentially until everything - everything - changes irrevocably.

Perhaps that is a good thing.

It is a steely grey day at the lookout dedicated to Sir James and Lady Barnes, and a cold wind whips grains of sand on to the platform left semi-marooned by the loss of nearby pathways to erosion.

Broom and other scrub paw at the edge of the lookout, which sits stark and lonely in the sand dunes, threatening to sink their tendrils into the gaps in the concrete, tear it in twain and suffocate it with nature unshackled.

Sir Jim Barnes did not invent the Barnes Dance, but one small spot in Dunedin, which could perhaps do with a tidy up, keeps him in our memory.