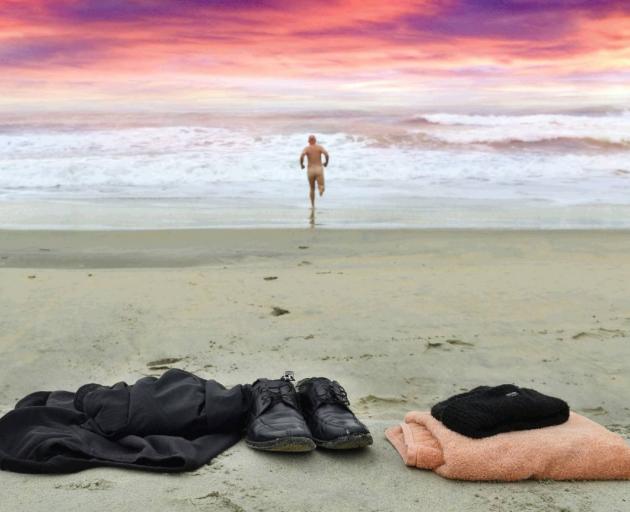 In the depth of a Dunedin winter, the skies run dark and the souls of the city’s human league frost over and are forced into an uneasy torpor.

The grey of day or the pale sun washes pastel shades of sombre across the city (one of the world’s great small cities).

To the untrained eye, our harbour paradise enters a state of semi-hibernation; its seas turn a troubled soupy green, its hills are shadowed and foreboding and its asphalt streets slick, black and uncertain.

Its people, metaphorically at least, wrap their arms across their torso, their hands clasp opposing shoulders and they crouch against the winter.

But things are happening beneath the surface, as things always will.

Get up early and you can see their reflections in the brilliant reds and pinks that fire the dawn for a few tantalising minutes every day.

For deep in the hearts and the loins of the city’s women and men, the potency of life still burns hot despite the ambient temperature.

And winter is a time when human heat seeks human heat, like for like in the vacuum of the bitter cold.

And heat must by its nature swell within the vessel that holds it, must rise to the surface and find its sweet escape.

As we know, Dunedin is a paragon of civilised and decent behaviour, and an exemplar to the world.

As has been pointed out in this column in the past, perhaps more than once, our governance is quietly decent and exemplary in its governance,  our civil society is known for the depth and the breadth and the superior calibre of its civility, our gentle residents disdain boastful talk and rabble-rousing and are welcoming, modest, and decent.

Perhaps best of all, we exhibit the sort of gentle reserve that other societies that spend their time killing each other would kill for.

But all that comes at a cost.

For to meet the very highest standards of civility, we must by necessity force the animal within, the atavistic urges that quicken our heart and dilate our pupils, deep down within our psyche.

So the whole of Dunedin on any given day, from its supermarket workers to its legal fraternity, its police force to its local government drudges, its dock workers to its taxi drivers, from the hormone-driven youth of its student sector to the elderly people who work quietly and unseen volunteering in its obscure societies and organisations, is riven with a carnal fire that threatens to send the city’s ship wildly off course into the darkest of uncharted foreign climes.

In winter, when the cold and the heat graze painfully against each other and fire lust-riven lightning that streaks danger across the Dunedin sky, the whole thing comes to an awful and messy head.

And then, oh God, but don’t we need relief?

Tomorrow the city will again be home to the Polar Plunge, the 88th version of the event that has thrown thousands of fraught residents with boiling interiors into the heaving seas.

This year the plunge could provide the vent the city needs to unleash its myriad frustrations in a way that will set a calm course through a sensual spring to a voluptuous summer in the city.

The key to this aspirational goal?

I tried it this week on midwinter day, just to check on your behalf it’s a good idea.The air was threateningly cold.

Permafrost-frost took lodgings in shadowed corners and refused to leave.

The sky was sunless and streaked with sullen strips of grey cloud, and at the beach the sand was cruel and dark and gritty.

But shed the discontent that bubbles just beneath the surface, and throw to the wind the casually depraved abstractions that haunt you with every item of clothing that hits the beach.

Stand, and stand proud before the maelstrom of winter’s waves and breathe the hard air, then run, run like the wind and dive, dive into the ocean and release your very soul, let it loose to frolic and drown in the surf for just one frozen second before you surface and let your lungs gasp in the rich, salten oxygen, fresh and clean from the Antarctic.

Here is your release; your reward a burst of euphoria from being sucked deep into the stuff of life and spat out to stand reborn on the sand.

And from there, as the shortest day and longest night begin their fade into memory, the mind begins to turn to thoughts of tiny saplings springing from the earth and growing trunks tall and powerful, of ample flowers open wide and bursting mists of pollen that blow across a yearning, then grateful city.

Tomorrow, Dunedin, you could do that with a small army of like-minded and deeply frustrated individuals needing sweet release.

And there is your challenge.

Head down to tomorrow’s terrific event at the St Clair Surf Life Saving Club, and help raise money for the fabulous work they do.

But don’t take your togs.

What could go wrong?

When we were young (39), we did the Polar Plunge. You got a susstifercate, with disgraceful suggestions from ZM on ways to warm up the freezing veterans of the surf.