This will be a day long remembered by fans 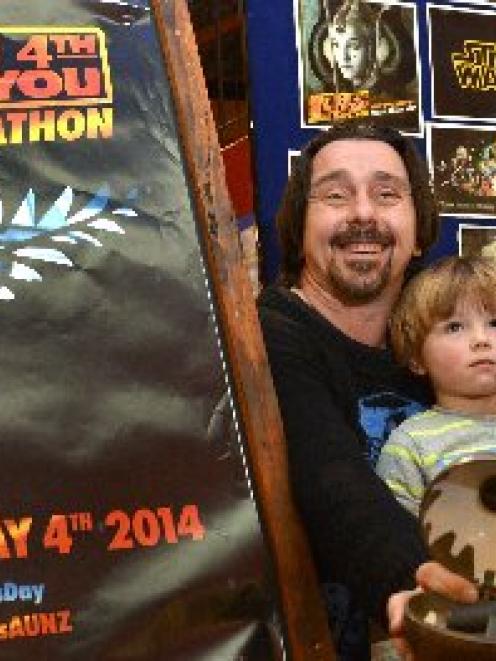 Fans of the film epic Star Wars will cluster to mark a phenomenon that started a long time ago in a galaxy far, far away.

Tomorow, May the 4th, is celebrated annually by fans worldwide as ''Star Wars Day'', in a pun on the film's famous line: ''May the Force be with you.''

Dunedin fans will be out in force when Rialto Cinema marks the occasion by screening all six Star Wars episodes over the weekend.

''When Star Wars came out, it was just something so completely different. It was phenomenal,'' lifelong fan Bryce Holtshousen said yesterday.

''I did my masters thesis on it in the '80s. It was the first literary work done on Star Wars. I had a lot of communication with [Star Wars creator] George Lucas. He helped me a lot with it.''

Mr Holtshousen met his future wife, Anwen, when he was doing a Lord of the Rings tour in 2005 and Mrs Holtshousen was the guide.

''I think his love of Star Wars is what interested me in him,'' she said, with a smile.

They married in a Star Wars and Lord of the Rings-themed wedding in Dunedin in 2008.

''Our ring bearer carried the rings in a Death Star,'' Mrs Holtshousen said.

''We even called our daughter Leia.''