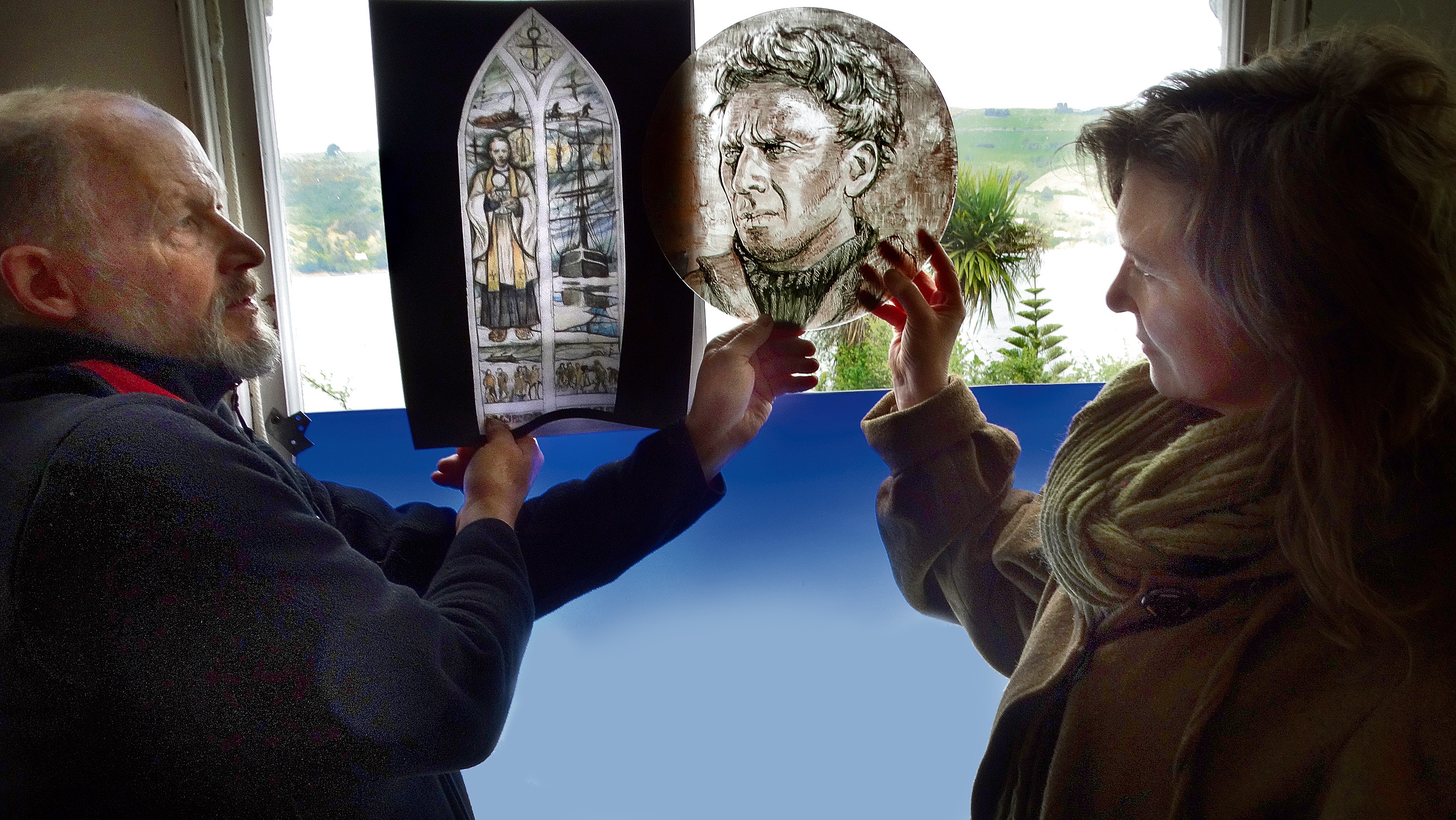 Dunedin-based stained glass artist Peter Mackenzie and artist-window designer Jenna Packer examine some of the imagery for the window commemorating chaplain and photographer Arnold Spencer-Smith.PHOTO: BRENDA HARWOOD
The tragic story of the first chaplain to visit the Antarctic, and his Dunedin connections, will be commemorated in a locally designed and created stained-glass window at All Saints Church.

The Rev Arnold Spencer-Smith (1883-1916), chaplain and photographer for the Ross Sea party of Sir Ernest Shackleton's Imperial Trans-Antarctic Expedition, died in the Antarctic and was buried on the ice.

The chalice and paten Spencer-Smith used in the Antarctic is in the care of All Saints Anglican Church, in North Dunedin, after it was inherited from him by the church's seventh vicar, Canon Phillip Gaze.

Current All Saints vicar the Rev Canon Michael Wallace has been researching the exploits of Mr Spencer-Smith and the Ross Sea party, as well as their connections to Dunedin, for the past two years.

"It is an amazing story, as were many of the tales of the great era of Antarctic exploration,'' Mr Wallace said.

Inspired by the tale of bravery and sacrifice against overwhelming odds, the All Saints congregation has commissioned a stained-glass window for the church, designed by Dunedin artist Jenna Packer and created by stained-glassmaker Peter Mackenzie, of Otago Stained Glass.

The project has a budget of about $70,000 and All Saints has launched a fundraising campaign to cover the costs. So far, the church community has raised close to $30,000.

Packer has designed multiple elements for the window, including depictions of Mr Spencer-Smith in his Antarctic chapel, Aurora in the ice, and the members of the Ross Sea party, led by Aeneas McIntosh.

Eight square panels across the bottom will depict some of Mr Spencer-Smith's black and white photographic images of the Antarctic.

The imagery has been developed through extensive research by Packer and Mackenzie at Canterbury Museum, which holds Mr Spencer-Smith's diaries and many photographs from the Ross Sea party.

"It was fascinating, we got to look at his original photographs and were also able to handle his vestments,'' Packer said.

In preparation for creating the 3.5m-tall window, Mackenzie has imported handblown glass sheets from Bavaria, in Germany, which has the subtlety to represent some of the many aspects of snow.

"One of the trickiest things about this window is the colours that we need to use,'' Mackenzie said.

While the Antarctic tended to look fairly monochrome - mainly white and black - snow and ice, rocks and water all had their different tones, he said.

"Capturing that requires very specific materials for this window.''

Using the glass as a "canvas'', Packer will use special techniques to paint the images of the Ross Sea party and other elements of the story on to it.

"Even though we want the window to be uplifting, we are still telling a very dark and dramatic story,'' Packer said.

Mr Wallace said the extensive connections between Mr Spencer-Smith, the Ross Sea party and Dunedin, went well beyond the familial.

Aurora departed from Port Chalmers for its ill-fated Antarctic journey, and was farewelled with a rousing haka from the dock by soldiers embarking to fight in World War 1.

The stained-glass window design has been endorsed by Mr Spencer-Smith's family, the New Zealand Arctic Heritage Trust and the Scott Polar Research Institute in Cambridge. 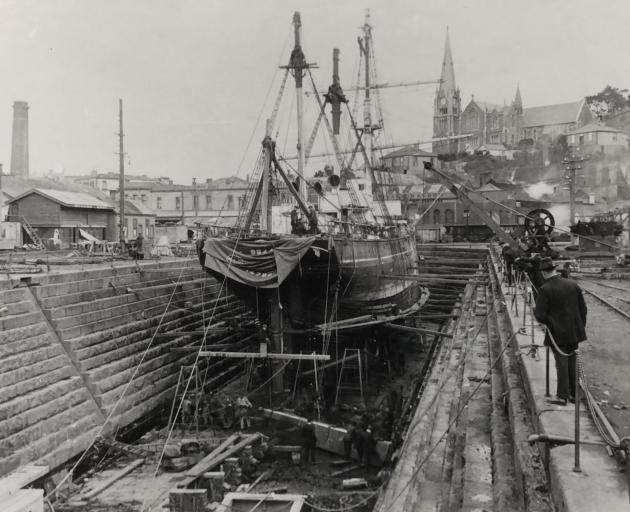 The Rev Arnold Spencer-Smith (1883-1916) was chaplain and photographer for the ill-fated Ross Sea party of Sir Ernest Shackleton's Imperial Trans-Antarctic Expedition of 1915-16.

With Shackleton planning to cross the Antarctic continent from the Weddell Sea to the Ross Sea, via the South Pole, the Ross Sea party's task was to lay vital supply depots for transcontinental party.

However, both parties were struck by disaster - Shackleton's ship Endurance was crushed in pack ice and he failed to set foot on the continent, while the Ross Sea party's supply ship Aurora was also caught in ice and drifted for 11 months.

The loss of Aurora meant great deprivation for the Ross Sea party, which pressed on to lay the depots regardless.

Suffering from scurvy, Mr Spencer-Smith collapsed and had to be carried about by sledge, from where he encouraged his fellows.

Aurora finally arrived back in Port Chalmers in April 1916, where it was eventually repaired with the aim of mounting a rescue mission to the Antarctic.

The first priest to set foot on the Antarctic continent, Mr Spencer-Smith established a chapel in Scott's Hut at Cape Evans.